Facts And Prospects on Cell Towers in Residential areas 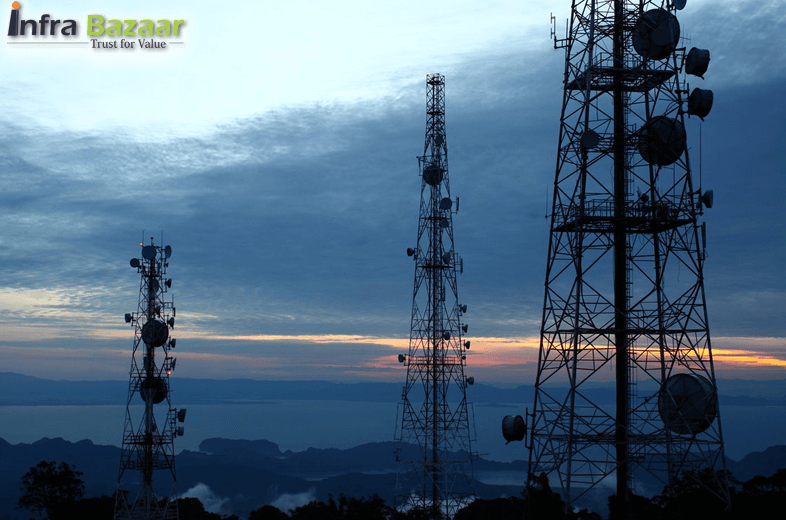 The skyline of Indian cities is changing dramatically and there have been many developments in the past decade. Today the telecom towers are 30-70 meter-high structures that crown the tops of the tallest buildings and are a common sight. There are more than 1 billion mobile phone users in a country of 1.2 billion.

The growth of this sector is spectacular and explosive. India’s telecom sector is now the second largest in the world, and the fastest growing.

The government has set up more than 2 lakh mobile towers in nine months, Communications Minister Manoj Sinha said. He also reiterated about the government's recent initiative to check the mobile tower radiation to allay fears about its adverse effect on health.

The government's Tarang Sanchar portal will provide information on mobile towers and whether they comply with the electromagnetic field emission norms. It will also have information about mobile towers in a given locality, besides the option to get the details via email.

The portal will allow people to request for electro-magnetic field emission measurement at a location by paying Rs 4,000 online. The people nowadays are using data more than voice calls. This, according to him, is an indication that India is heading towards a less-cash economy.

Mobile towers in India are likely to grow to over 500,000 by 2018 from about 400,000 at present, due to increase in demand of wireless internet services, a study said on Tuesday. Towers are expected to grow at 3%.

A great part of the mobile traffic is expected to be off-loaded to Wi-Fi and small cells, where in small cells will contribute to 7 percent of off-loaded data traffic.

Doctors and telecom experts discussed scientific facts pertaining to Electromagnetic Radio Frequency. They said there was no relation between mobile phone tower radiation and cancer or other health hazard. They categorically denied that there was any link between EMF emissions and human health. Experts noted that there are no health concerns due to mobile tower radiation. Studies done by the World Health Organization, the US Food and Drug Administration have found no scientific evidence to establish any link between ailments like cancer and infertility and radio frequency radiation.

A big chunk of these billion mobile subscribers will become smart phone users in the future and generate a thrilling next wave.  Huge growth in data usage and internet access through the mobile will help the people in conducting their business, getting social overall and participating in governance through their phones. The small handset in Indians’ pocket has become their window to a world of information, education, livelihood, employment shopping and commerce.

There are experiments with technology that allow smart phones to communicate with other mobile devices up to a range of 500 meters, bypassing cell towers altogether. They use licensed spectrum without disturbing a phone's battery life.

Growth in internet penetration will be possible when there are more towers which will have the capacity to cater to the increase in demand for the present as well as in the future.