10 Best Constructions Companies across the Globe 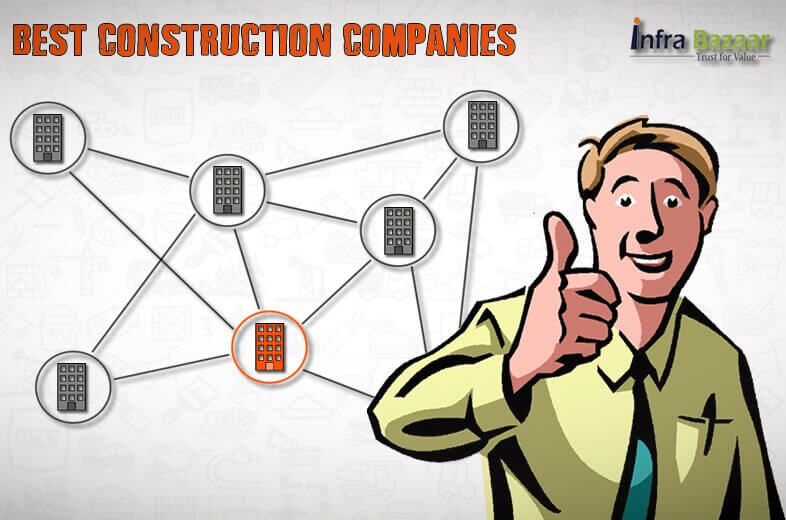 As construction projects continue to evolve, grow larger and more complex, organizations have gained more confidence in their ability to deliver on time without compromising on quality. Managing these large projects calls for maturity in planning and financial forecasting; maturity in hiring and training the right talent; maturity in mitigating risk and project management; maturity in having a contingency plan to cope with anything inevitable; maturity to build positive and effective networking with contractors to showcase the best outputs.

With improvement in the financial situation construction companies are planning to make the most out of it. With the economy bouncing back, hyper activity is observed across the construction markets. We list out few of the Global Giants that are raping large benefits.

Britain based Laing O’Rourke, an international engineering enterprise, which was founded 166 years ago, has covered wide range of projects including that of Huge Al Raha Beach Development in Abu Dhabi. Through a fully integrated delivery method they have single-source solution for some of the world’s most prestigious organizations. The other mega projects that Laing O Rourke is associated with are Ascot Racecourse and Heathrow Airport Terminal 5.

Royal BAM Group founded in 1886 in Holland has employed close to 23,000 people. The Group is considered as one of the largest companies in Europe. BAM has top market positions in the Netherlands, Belgium, the United Kingdom, Ireland and Germany. The company has built several complex and high profile structures like the Ajax football club’s Amsterdam Arena in its native place Netherlands in the year 1996. The company is abbreviated from the name Batavian Construction Company for Construction and Concrete Projects.

Kiewit Corporation is an employee owned about fortune 500 contractors based out of Omaha, Nebraska. Kiewit is one of North America’s largest and most respected construction and engineering organizations. Recently Kiewit has constructed few major project including bridge retro fittings in the San Francisco Bay area. Among the 400 contractors of year 2013, Engineering News has ranked them 3.

This is a French company which has employed close to 130,000 people across 80 different countries. The company was founded in 1952 in Frances Bouygues, they have dedicated teams to design, build and operate buildings and structures to improve the quality of living and working environment of their users. In the year 1990 the bouygues has expanded its business into telecom which turned out to be one of their major revenue streams. Its key subsidiary Colos Group, a specialist in rail track construction and road construction generated about €32.7 billion in revenue.

Balfour Beatty is a multinational infrastructure company with capabilities in support service, construction service and infrastructure investment founded in year 1909 by George Balfour and Andrew Beatty Headquartered in London. Balfour Beatty currently involved in integral part of the Cross rail project in UK Capital, the company operates in about 80 countries around the world and employs is around 40,000 people.

Skanska is Sweden based multinational Construction and Development Company, founded in 1887 by Rudolf Fredrik Berg and within 10 years the company got several international projects. The company has played important role in Sweden’s Infrastructure including power plants, roads, housing and offices. It is currently 5th largest construction company in the world with some notable construction projects like The World Trade Center, Transport Hub, and MetLife Stadium and currently they are constructing the Meadowland Sports Complex. About 50,000 people are working in this organisation.

Bechtel Corporation (Bechtel Group) is one of the largest construction and civil engineering Company in The United States. The Bechtel group has completed high profile projects like Hoover Dam, which was constructed in 1936, the Trans-Alaska Pipeline system which was completed in 1970’s and most recently the “Big Dig” central artery project which was completed in 2007. Bechtel has more than 53,000 employees around the world.

The Grupo ACS Company is a Spanish construction company which was formed in 1997. It has worldwide operations majorly in construction and civil engineering projects. This group also takes part in the development of key sectors for the economy such as infrastructure, telecommunication and energy. It has worked on several high profile projects like Alqueva Dam in Portugal and Torre Espacio skyscrapers in its home country.

The Vinci is a French Construction and Concessions Company found in 1899, Vinci is one of the best and biggest construction companies around the world. About 179,000 people are working in this organisation source from Wikipedia from 2011. The Vinci group is currently working on €440 million express lane highway system in Atlanta, Georgia and Wheatstone Liquefied Natural Gas project in Australia.

Vinci and its predecessor companies has been involved in many major projects including the Gariep Dam, the Tour Montparnasse, the Centre Georges Pompidou, the Yamoussoukro Basilica, the new visitor entrance to the Louvre, the Channel Tunnel, the Pont de Normandie, the Stade de France, the Rio–Antirrio bridge and the Third Bridge over Panama Canal which is under construction.