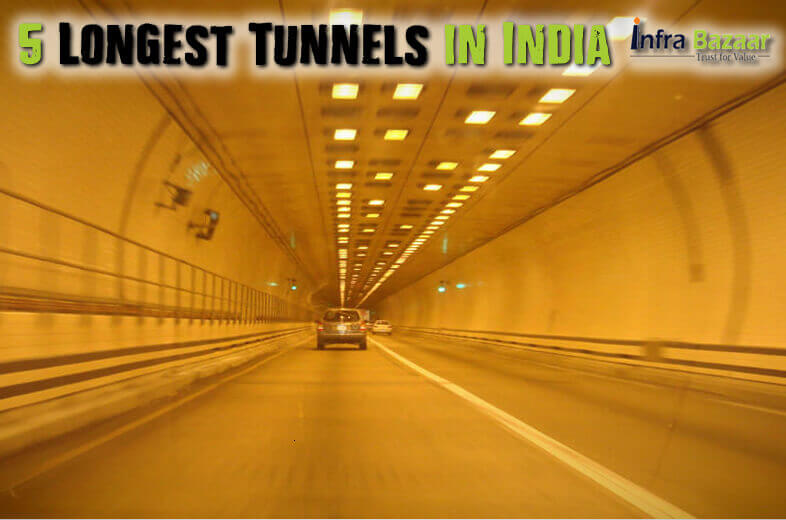 The Karbude Railway Tunnel is one of the biggest engineering marvels in India; the length of Karbude tunnel is about 6.5 km. This Railway tunnel is on the route of Konkan railway in Maharashtra which connects to Mangalore in Karnataka & Mumbai in Maharashtra through Goa. The Karbude Tunnel is India’s second largest railway tunnel and it allows you to experience the konkan coast from different perspective. It is a part of the Konkan Railway systems that consists nearly 92 tunnels in the entire section.

The Natuwadi Railway Tunnel is located between Karanjadi and Diwan Khavati station, Natuwadi tunnel is third longest rail tunnel of Konkan Railway after Karbude tunnel. This tunnel has also link in Maharashtra area which falls under the Western Ghats. The length of this tunnel is about 4.3kms, it was constructed in 1997. This tunnel comes under the Zonal railway of Konkan. Konkan railway has some of most beautiful train routes in India which covers amazing landscapes with full of natural beauty. This network of Konkan Railway stretches from Mangalore in Karnataka to Mumbai in Maharashtra through Goa, along the west coast of India and Western Ghats.

The Rohtang Road Tunnel is India’s pride as it is the highest road tunnel in India and in the world. This tunnel situated under the Rohtang pass of eastern Pir Panjal rage of Himalayas on the Leh Manali Highway in Himachal Pradesh. This tunnel distance is about 8.8 km. Comparing other tunnels this tunnel is completely different as other parts of has two lane tunnels. This Tunnel is located at an elevation of 3,978 meters above sea level. It reduces 46 km distance between Leh and Manali.

The Maliguda Tunnel situated at Odisha is biggest broad gauge railway tunnel in India. This Tunnel is situated at 35 km east of Jeypore on the top hill of Maliguda Village and 50 km from Koraput. This tunnel was built with Japanese collaboration. It is one of the most beautiful places of Jeypore. Many people visit this place for picnic and to enjoy the scenic beauty of nature.