THE BOTTOM-UP APPROACH OF NITI AAYOG 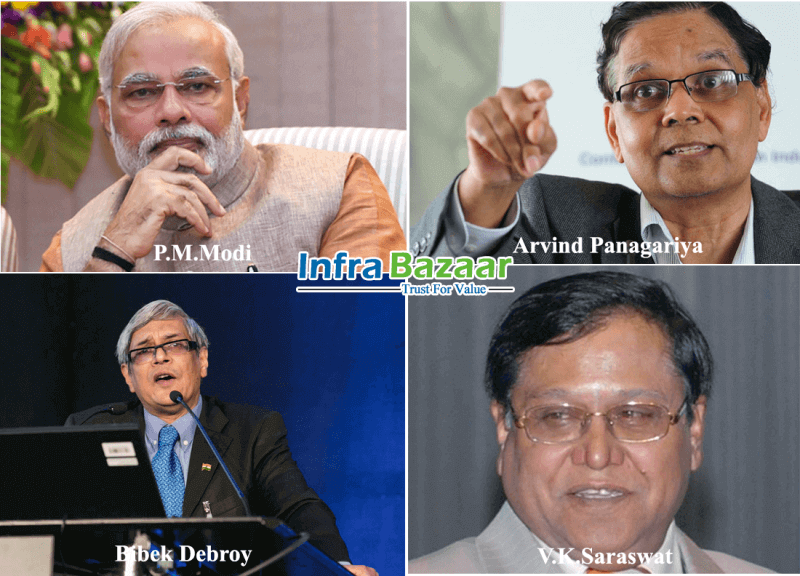 The message is loud and clear - “Strong States make a Strong Nation”!. Since the beginning of the New Year, the buzz word in India is NITI Aayog (NA). There is a lot of optimism as well as doubts to start with. Everyone wishes to know, how different it really is going to be from the 65-year-old Planning Commission? How will the PM bring changes in its policy-making and execution?

The new policy will bring in new challenges, challenges that will face both appreciation and criticism. Developing mechanism at the grassroots level to aggregate them at higher levels of the government is going to be the key feature of NA, which is structured on ‘Cooperative Federalism’ for ‘National agenda’. Earlier the Planning Commission had a ‘Top Down’ approach and PM’s NA has reversed that with ‘Bottom-Up’ approach. It will be really interesting to see how it is going to change lives of the citizen of India!

We take a look at the following parameters that reflect the change in approach to the policies to be more effective:

(i) FINANCIAL CLOUT: Planning Commission enjoyed the power to allocate funds to ministers and state government. NITI Aayog will be an advisory body or a think-tank, while the powers to allocate funds may be vested in the Finance Ministry.

(ii) STATES’ ROLE: States’ role was limited to the National Development Council and annual interactions were only during plan meetings in Planning  Commission. NITI Aayog is making sure that state governments are expected to play a more significant role than they did earlier.

(iii) MEMBER SECRETARY:  Earlier Secretaries or Member Secretaries were appointed through the usual process but now the PM will himself appoint and they will be known as CEO.

(iv) FULL-TIME MEMBERS: There were eight full-time members earlier. Now there will be less than eight.

Many were surprised and amazed when the Prime Minister appointed pro-reform Economist Bibek Debroy as the ‘Full-Time Member’ because he had raised several questions about NITI Aayog barely a few hours earlier Monday morning. Questions like: Who would determine the special category status of States, as the Aayog has no such role? Whether the commission factors in RBI Governor Raghuram Rajan’s report in determining the special category of States?

Many experts feel that PM’s NITI Aayog is following China’s urban planning model. Is Modi Government inclining towards China after opening ways to America by opening market through ‘Make in India’? Time will tell.