Agriculture- the Culture of India 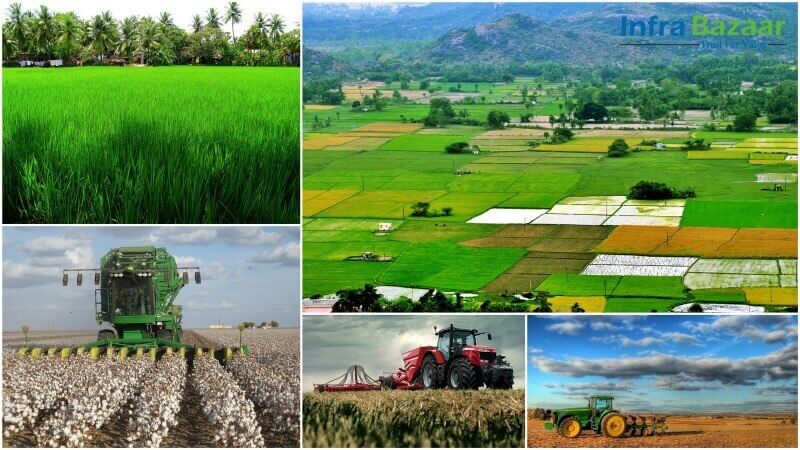 How much sophisticated we will become but the importance of agriculture cannot be denied. Human hunger is met by agricultural activities. It is very well said by Arthur Keith, “the discovery of agriculture was the first big step towards civilized life.” This quote can be simply explained in one line that agriculture is the basis of civilization. Our life depends upon agriculture, it is the food we eat, clothes we wear, the material of our homes and even garden around us. Agriculture is not only limited to the food we eat but also other commodities like health, personal care, education, building materials etc.

Agriculture in India is not a mere profession but a culture, tradition to be practised by one and all. Whether you talk about Vedas or economic growth, agriculture has its own noteworthiness. It has its importance since Vedic age for example in the most ancient Ved, Rig Ved where it is mentioned about Aryans who were original natives of this country were very disciplined and organized and stayed in one place. Their main source of living was farming and animal breeding. Aryans were described as farmers. It is told in Rig Ved, “Akshairya Divyaha Krushimit Krushawaha” which means get rid of gambling and learn the art of farming. Even in Shreemad Bhagavad Geeta lord Krishna says, “Ashwatha Sarva Vrukshanam, Devarshinam Cha Narada

Gandharavanam Chitra Ratha, Sidhanam Kapila Muni.” In this shloka, Krishna compared himself with the Pipal tree which gives oxygen even at night and it is best for all trees. The importance of trees is even mentioned in the mythological book. The existence of farming and trees in our mythology and Vedas make agriculture our culture.

In India, about seventy percent of total population is engaged in farming and other agricultural activities. India’s geographical condition is unique for agriculture because many favourable conditions like climate, soil etc. for farming are available here and these agriculture products provide raw materials to a much agro-based company which are abundant in India. Apart from soil and climatic condition every day various scientific techniques and innovations are done for the growth of agricultural production. Agriculture is the biggest industry in India and it also plays a key role in the socio-economic growth of the country.
A few months ago our respected Prime Minister Mr Narendra Modi highlighted the importance of agriculture and put emphasis on science and technology used for agriculture. In July, I.C.A.R( Indian Council of Agricultural research) celebrated its eighty-sixth anniversary where our Prime Minister addressed scientists and policymakers and urged them to bring more high technology in farming with the limited resources. This function was not only addressing the scientist but even a standing ovation for farmers. The traditional way of farming cannot be eradicated but practising it with scientific technology can help in production and it should be one of the agenda for a scientist. As India is an agricultural based country and agriculture contributes 16% of total Gross Domestic Product. Ten percent of total export earning depends on agriculture. Thus we don’t have any choice other than developing agriculture technique and improving crop productivity. It is very important to invent technologies in agriculture so that our farmers can feed India as well as the world and can also strengthen the economy of our country. Mr Modi even appealed the agriculture universities to install radio of their own so that the farmers can be well informed with all the latest technology in agriculture. Students should conduct researchers in the lab and tell farmers how to improve the crop productivity. This “per drop, per crop” mission statement to conserve water and appeal to farmers and scientists to find ways and work for increasing farm productivity through optimum utilization of scarce resources.

Development in agriculture in India is very important as our economy depends upon it. The resources are limited so it is important to use both traditional as well as scientific approach smartly so that productivity of crops can be improved with the utilization of scarce resources. Well at the end all I can say that guys common stand up as farmers deserve standing ovation as they are one who feeds us. It is their labour that we enjoy. It is very rightly said that in India agriculture has its own special place as it is not practised as a mere profession but as a culture and tradition. It should be respected by one and all and everyone should take an oath to conserve the resources used for farming for better productivity and make India such a country that the whole world depends on it to fulfil its hunger.