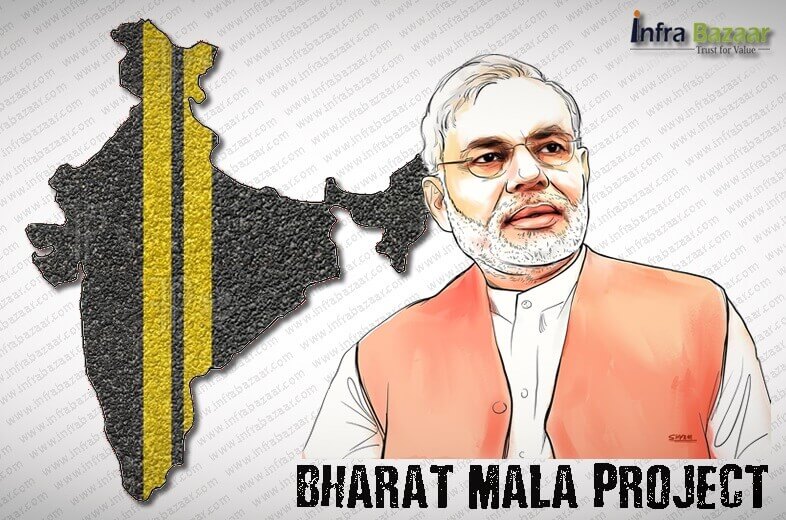 Aimed at improving connectivity in border areas including the coastal boundary, The Bharat Mala project with Rs.80,000-crore is introduced. The 7,000-km project is designed to cover Gujarat, Rajasthan, Punjab, Jammu & Kashmir, Himachal Pradesh, Uttarakhand, part of Uttar Pradesh, Bihar and West Bengal in the first phase and then move to Sikkim, Assam, Arunachal Pradesh, Manipur and Mizoram.

The final blueprint of the project was supposed to prepare by the Centre in consultation with the states and various ministries including finance, home and shipping, and Niti Aayog.

Even as the Nitin Gadkari-led road ministry has already tentatively identified the stretches that could be covered under the project and sent its proposals to the respective states and ministries, along with a draft cabinet note, more than two months ago, the responses from the stakeholders have been “lukewarm” so far, according to sources.

After the initial 15 days for eliciting response from states were over, the road ministry sent another reminder a couple of weeks back. Sources said Punjab, Himachal Pradesh, West Bengal, Jammu & Kashmir and Assam have written back largely endorsing the road ministry’s proposals. The road ministry has invited comments from 35 stakeholders.

Rajasthan (1,500 km), Odisha (650 km) and Tamil Nadu (600-km) were among the states to be the biggest beneficiaries of the project, which aims to provide smooth connectivity along the states on the border and coast for strategic reasons. This would also provide employment opportunities to the states.

“All the states are supporting the project. There is no denial or reluctance from any of the border or coastal states. But, the point is that all states are not equally responsive and until we get the responses from all the states, we can’t prepare the final cabinet note. We hope to take the proposal to the cabinet in four-five months from now,” said a senior official.

The official said that there is a possibility that the length of the project could go up beyond the 7,000 km originally conceived as some of the states are urging for greater lengths to be taken up under the Bharat Mala project.

The road ministry has already started inviting bids for project preparation in anticipation of the investment proposal. It might take another six months to prepare the detailed project report. However, until the time the cabinet approves the project, it cannot be formally launched.