Budget and its Impact on Infra Industry 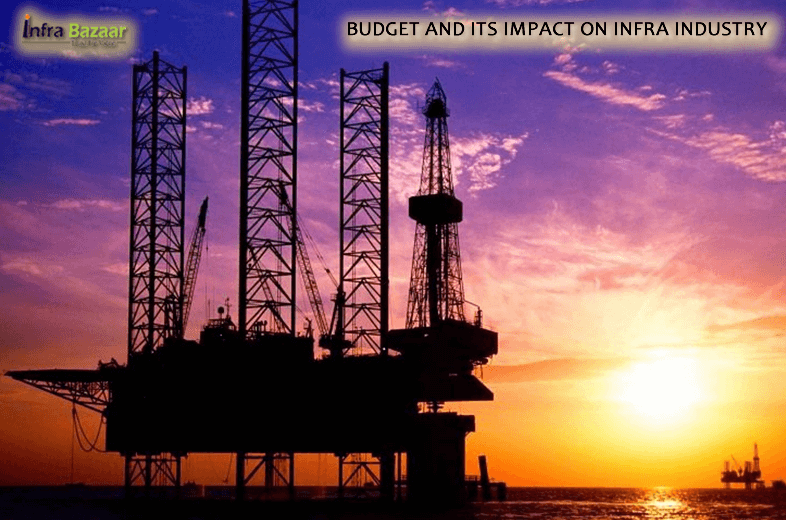 The infra industry has received extra attention in this budget and industry is hailing this added focus given in this budget. The proposals made will for sure give a boost to the industry and will certainly meet its objective.

In the budget 2017-18 the ministry has allocated Rs 3.96 trillion to the infra industry to pivot the economic activity and create employment opportunities for the youth. It has also focused on creating affordable housing by giving infrastructure status to affordable housing projects with a lot of tax incentives to the players. The budget has tried to augment the budgetary spend allocated to boost infra industry. The government has proposed to construct 1 crore houses for the homeless by 2019. The PM Awas Yojana allocation has been raised to Rs 23,000 crore, from Rs 15,000 crore. The National Housing Bank to refinance individual housing loans of about Rs 20,000 crore in 2017-18. To promote affordable homes, the government also proposed to amend the Section 80-IBA, relaxing the condition of period of completion of the project for claiming deduction from the current three years to 5 years.

The budget has also given priority to the transport sector by building integrated transportation systems including railways, metros, multi-modal transport systems and highways. The Government has made a provision of Rs 2.41 trillion in 2017-18 for the transport sector as a whole, including railways, road and shipping. Also it is to be noted that around Rs 1,31,000 crore has been allocated towards the capital and development expenditure of Railways of which Rs. 55,000 crore to be provided by the government. It also proposes several developmental projects to improve amenities, services and infrastructure.

The creation of Rashtriya Rail Sanraksha Kosh with a corpus of Rs. 1 lakh crore over a period of five years, to eliminate all unmanned level crossings on broad gauge lines by 2020, the modernization and up gradation of certain corridors clearly shows governments focus in prioritizing railway safety.

The budget allocation for highways has been stepped up to Rs 64,000 crores from Rs 57,676 crores incrementing it by around 11%. Around 2,000 km across remote villages has been identified to construct and develop roads to facilitate better connectivity of ports.

The budget allocated to the Ministry of Civil Aviation has also been incremented by 22%. The budget allocation is pegged at Rs 5,167.60 crore for the next financial year. Out of the ministry’s total allocation, Rs 1800 crore is allocated to Air India and Rs 2,543 crore to National airports operator AAI. There has been significant hike in the budget allocated for the aviation watchdog DGCA and it has been stepped up to Rs 230.56 crore for 2017-18 from a meager amount of Rs 29.67 crore allocated for the current fiscal year. The Union Budget has also proposed to allow the Airports Authority of India (AAI) to use its land bank for commercial purposes. With 128 airports, AAI owns almost 55,000 acres of land. The finance minister also said airports in tier-II cities would be taken for operation and maintenance in a public-private-partnership (PPP) model.

However, industry leaders say there are still several bottlenecks in implementing and executing the projects. Government should focus on single-window clearance systems, creating a framework, reform the current practice to work in the ambit of PPP. Quick dispute resolutions with contractors are few areas where government should focus. However, some industry experts have lauded budget that would provide a stimuli to the infra industry.