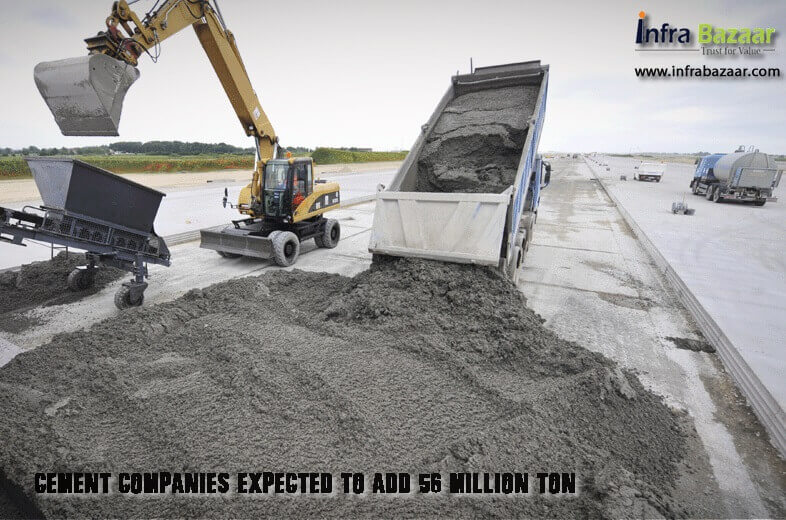 Cement demand in India is expected to increase due to government’s push for Indian cement industry i. India's cement demand is expected to reach 550-600 million ton per annum (MTPA) by 2025. The housing sector is the biggest demand driver of cement, accounting for about 67 percent of the total consumption in India. The other major consumers of cement include infrastructure at 13 percent, commercial construction at 11 percent and industrial construction at nine percent.

To meet the rise in demand, cement companies are expected to add 56 million ton (MT) capacity over the next three years. The cement capacity in India may register a growth of eight percent by next year end to 395 MT from the current level of 366 MT. It may increase further to 421 MT by the end of 2017. The country's per capita consumption stands at around 190 kg.

On the back of growing demand, due to increased construction and infrastructural activities, the cement sector in India has seen many investments and developments in recent times.

According to data released by the Department of Industrial Policy and Promotion (DIPP), cement and gypsum products attracted Foreign Direct Investment (FDI) worth US$ 3.1 billion between April 2000 and September 2015.