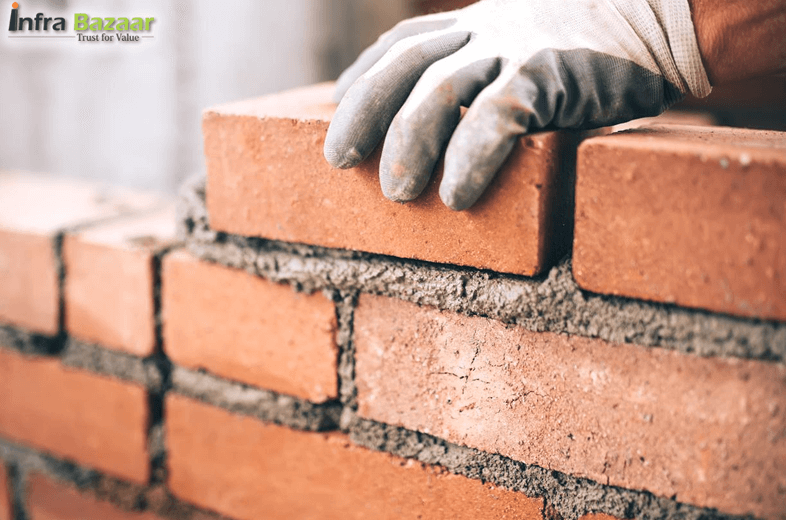 Features: India is the proud second largest producer country in the world as far as cement is concerned. With the present stress on boosting infrastructure, cement industry plays a vital part in the economy and is expected to benefit from it. It provides employment to millions. It was deregulated in 1982 leading to huge investments, from Indian and foreign investors.

India has a lot of potential for great development through the ambitious smart cities which are expected to provide a major boost to the cement industry. Foreign players such as Lafarge-Holcim, Heidelberg Cement, and Vicat have come up with investments in the country. The ready availability of the raw materials like limestone and coal required for making cement helps for the finest possibility of growth.

The Market Size is expanding and the demand for Cement in India has increased with the active participation of the Government. Cement production increased at a CAGR of 9.7 % in 2006– 2013, producing 272 million tonnes (MT). The production capacity is projected to reach 550 MT by FY 2020. The housing and infrastructure sectors drive the demand for cement. With the rise in demand, cement companies are adding to their capacity and plan to do the same in the future also as there is a great progress towards urbanization. it may register a growth of 8% every year.  At present, the country's per capita consumption stands at around 190 kg. The government’s capital expenditure will boost the fortunes of the sector considering that 36 companies are committed to supplying 95 lakh tonnes of construction material. Today the execution delays in the projects and high leverage burden on balance sheets with credit shortfall are a matter of the past and grow is the buzz word in the industry.

The Indian cement industry has a total of 188 large cement plants which have 97 percent of the total installed capacity in the country. The major investments in Indian cement industry come through Emami Ltd, which plans to invest Rs 8,500 crore to increase its cement production capacity. The Nirma group has bought Lafarge India’s cement business and is expected to boost the supplies.  Larsen & Toubro Limited aims to go for cement production with a capacity of 3,000 tonnes in Tamil Nadu. There are several other players also like Dalmia Bharat Limited, Burnpur Cement, UltraTech Cement, Shree Cement, Ambuja Cements, ACC, JK Laxmi, Prism Cement and Malabar Cements. Many manufacturing plants are going to come up in the length and breadth of the company and meet the existing and future demand in a big way.

The Government has taken an initiative in the 12th Five Year Plan and plans to increase investment in infrastructure to US$ 1 trillion and increase the industry's capacity to 150 MT.

The Cement Corporation of India was formed by the Government of India in 1965 in order to achieve self-sufficiency in cement production. It now has 10 units spread over eight states in India. There are efforts from the private sector companies also and they are thriving as the government has been approved their investment schemes.

There is a focus on affordable housing projects, higher investments and better credit facilities, as the government is working with the aim to provide housing for all by 2022. The National Housing Bank will refinance individual housing loans of Rs 20,000 crore in 2017-18 and come up with 1 crore houses by 2019. These developments are certain to boost cement demand. Moreover, there is an increased allocation to rural low-cost housing under Pradhan Mantri Awaas Yojana Scheme of Rs 23,000 crore. It is expected that there will be increased Mergers and Acquisitions of steel and cement companies which will be another measure to boost the production of cement. The Government of India also plans to revive the state-run cement factories across India.

There are several challenges lying ahead but with the present thrust by the Government as well as the private sector the future is bright to meet the national as well as the export demand to Middle East, Africa, and other developing nations in the future. It is expected to take India’s economy forward in a big way.

For procurement of high-quality cement and construction equipment please visit our website http://www.infrabazaar.com or Flow our Facebook page business.facebook.com.