Cement Market and Cement Prices with Reference to Indian Market 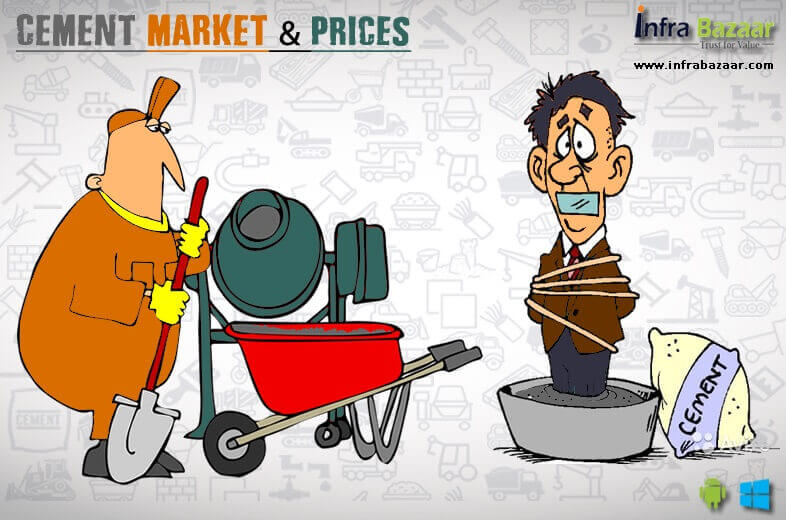 (An Overview of the Indian Cement Industry): The cement industry of India has played a highly significant role towards the development of the country’s economy. Annually, it is providing employment to a staggering number, which is an excess of million people. The Indian Cement Industry was deregulated in the year 1982 and ever since then; both foreign and Indian investors have started investing in it. Presently, Indian Cement Industry ranks second in the world in terms of its size. Currently, the industry is going through a turnaround phase where it is trying to meet the global production standards, energy-efficiency and safety. India has a huge potential when it comes to the construction and infrastructure sector, the cement industry in India is contributing immensely towards the growth of these two sectors and is benefiting a lot.

Recent Developments: In the recent years, the Government of India has taken up certain initiatives which are expected to speed up the growth rate of this particular sector. For example, the construction of hundreds of smart cities which has been planned all across the country is one such move. Anticipating such a huge development which is aided by the Indian Central Government various foreign players like Holcim, Lafarge, Vicat and others have invested millions over the last couple of years.  One of the reasons why the Indian Cement Industry has experienced such a quick progress is because of the fact that the raw materials in the form of coal, limestone and several others are readily available.

Size of the Market: The Indian cement market is likely to flourish at a CAGR (Compound Annual Growth Rate) of nearly 897 percent between the periods of 2014 to 2019. The Indian housing sector requires the maximum amount of cement produced in the country. It consumes more than 67% of the country’s total cement production. The other main cement consumers are:

Infrastructure: There are near about 188 total cement plants installed all over the country, which accounts for more than 95 percent of the total production centers of the country. Apart from these, there are 188 large facilities and more than 365 small plants scattered all over the country. Out of these 188 large plants, 75 are located in Rajasthan, Andhra Pradesh and Tamil Nadu. There are a handful of companies which dominate the Indian cement industry. More than 70 percent of the country’s cement production is contributed by the top 20 companies.