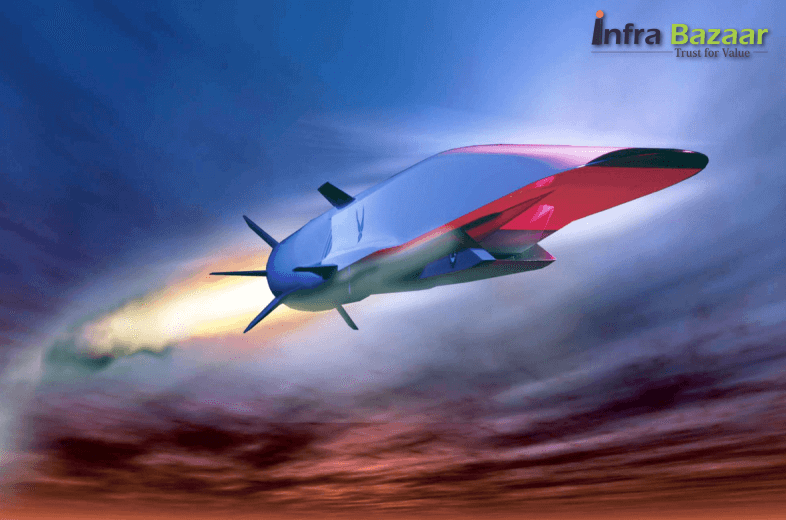 In an aim to become the supreme country in high-speed flight production, China is now coming with a super plane which has already completed its testing stage and named as a hypersonic plane and popular as I Plane for its shape. The aircraft produces less friction and high drive, and only needs a couple of hours to enter New York from Beijing.

Researchers from Beijing Chinese Academy of Sciences successfully tested their “I Plane” (named because it resembles a capital ‘I’ when viewed from the front) in a wind tunnel at speeds ranging from 3,800 to 5,370 miles per hour. In their research, it describes the I plane (Hypersonic Plane) would only need a couple of hours to travel from one end to another end. For comparison, a commercial airline flight can take at least 14 hours from Beijing to New York. so far Testing has been successful, with the craft producing low drag and high lift. As reported by South China, the I Plane’s lift was roughly 25 percent of that of a Boeing 737; compared to the 737’s ability to carry up to 20 tones, or 200 passengers, and I Plane of the same size could carry 5 tons or 50 passengers.

A researcher who closely working with the project told  I Plane could be used to transport bombs as well, saying it could be “something like a hypersonic heavy bomber;” incidentally, where China also recently developed hypersonic missiles capable of travelling at speeds above 7,000 mph.

Popular Science notes the I Plane’s development shows China’s hunger to be a leader in the hypersonic arms race. China’s next hypersonic project comprises a wind tunnel that can deliver speeds of up to Mach 36, making it more capable than the Mach 30 LENX-X in Buffalo, New York.

U.S. Admiral Harry Harris notified Congress in February about China delving into hypersonic technology, but it’s not as though the U.S. isn’t working on hypersonic projects of its own.

Researchers from NASA determined last year that I Plane air travel is possible with a unique boron nitride nanotubes  metal and which could also allow NASA planes to cross the country in less than an hour. Moreover, the U.S. Navy is testing hypersonic weapons that could go anywhere on Earth within an hour, and Lockheed Martin hinted in January the SR-72 — the successor to the SR-71 Blackbird is already in the expansion stage, and that indicates hypersonic plane could be flying before 2030 closely.

The hypersonic plane will be turned into commercialized aircraft, but the idea of going hypersonic is already being capitalized on. At this point, it comes to who can use it more effectively first.

Stay up-to-date with the latest review and insights on Infrastructure technology and the impact on the markets by signing up today.