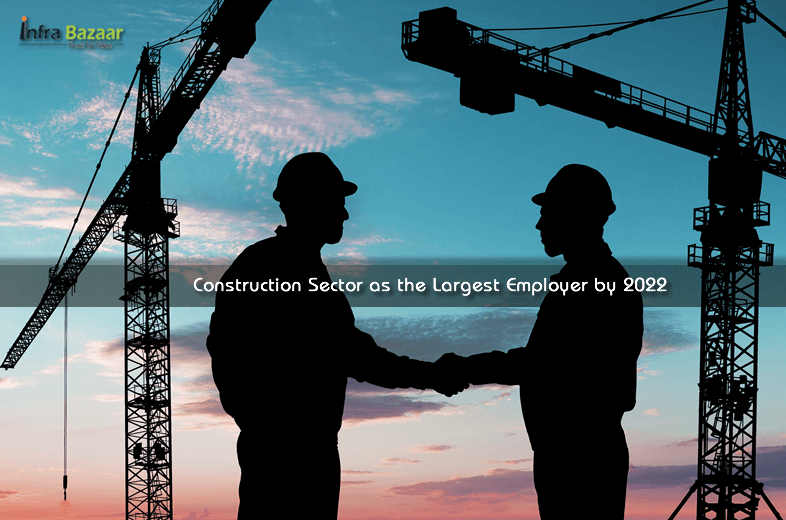 According to a report by KPMG the construction and real estate sector might generate employment to the tune of around 7.5 crore by 2022 in our country. It has all the potential to become the largest employer in the country as per a release by KPMG India.

By the year 2030 globally construction and real estate sector in India could be the third largest contributing over 15% to the GDP and it could emerge as the largest employer in India providing employment opportunities to over 7.5 crore people.

The size of the construction industry is pegged at $1 trillion as per government sources by 2030.

As per a report submitted by KPMG India and the National Real Estate Development Council (NAREDCO) India's urban population is all set to increase by about 40% to over 58 crore by 2030 from 42 crore as in 2015. The report also provides an overview of the key programs launched by the central government to address the key challenges in the real estate sector.

To accommodate and understanding the futuristic needs the government has launched several large programs like the Smart Cities, Housing for All, AMRUT, HRIDAY etc. According to the report, nearly 11 crore houses would be required by 2022 to provide housing to all citizens in urban as well as rural sectors. This includes a shortage of 6 crore houses which is already there.

The construction and real estate sector has already attracted over $24 billion from Foreign Direct Investments between 2000 and 2015. The report also suggested an investment of $2 trillion is required by 2022 under the 'Housing for All' initiative. Over $50 billion is required to create office spaces of 400 million Square feet which will be requirement by 2022.

A report suggests every sixth person getting urbanized globally is from India. With this rapid urbanization taking place in India the construction and real estate sector will certainly push to create large number of employment opportunities. The employment might come under various titles in the fields of design, development, construction, finance etc. The demand will also see a surge in the employment of large number of blue collared employees creating space in both direct and indirect employment.