Construction Industry and the Use of Automation 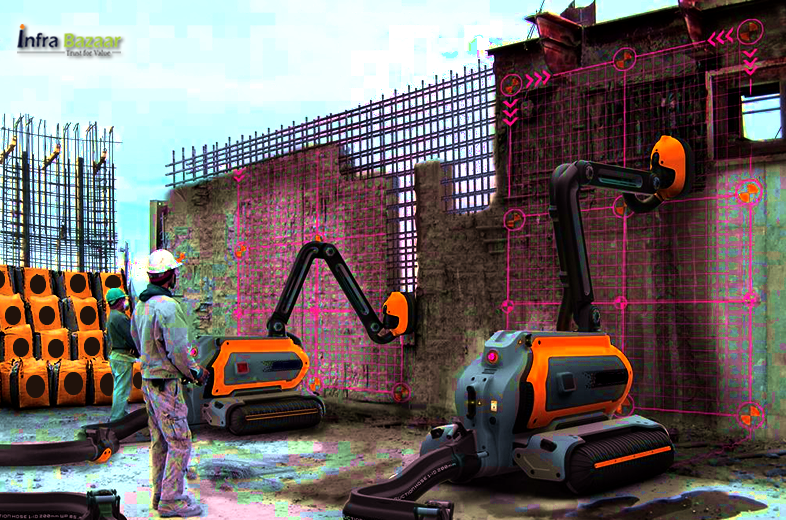 While the Indian economy has witnessed considerable progress, infrastructure and construction sector growth rate has not moved beyond 8 to 10 per cent. The industry is quite fragmented and is with a handful of large companies those who are involved in construction business. An estimate suggests the construction equipment manufacturing companies in all of India in 2011 were slightly over 500. Today around 16 per cent of India's working population is employed in construction sector and the industry employs over 35 million people including direct and indirect jobs. It is one of main reasons why the central government is planning to invest $1 trillion in infrastructure development during 12th year plan (2012-2017). However, acute shortage of skilled workforce is working as growth deterrent for the construction sector. Apart from it shortage of construction sand, raw materials and political disturbances are also negatively impacting the industry.

Why automation is needed?

To improve quality of work, decrease labor dependency, enhance safety of workers and increase productivity automation is mandatory. While it is evident that the level of automation in construction is extremely low in India, it is imperative that we must make new efforts to increase the level automation in this sector to match global standards. Right from planning and design to operation and maintenance till the eventual dismantling and recycling of things there is abundant scope to bring in automation. The technology advancement in the fields of computer science or robotics has gone to a new level and construction industry is yet to take the full advantage of it in India. Implementation of robotics and fully automated technology will reduce human efforts, project time and construction cost while increasing productivity.

Automation and robotics not only helps in optimizing equipment operation but also ensures safety and quality at work. Automation in construction process also leads to continuous working time without any break. While working under dangerous situations, human efforts and risks are minimized by usage machines, robots, etc. Large construction projects often needs large pool of human capital but at times even it is not enough to carry out the required tasks, in such situations technology comes handy. Sometime unskilled labors also do not give the desired outputs in such situations automation gives an edge. Productivity is immensely increased by usage of automation as it reduces the duration and laborious work and increases safety while compared to un-automated environment.

Construction automation can be implemented both in civil infrastructure and housing projects. Robotics comes handy in civil infrastructures like in building roads, tunnels, dams or bridges. In housing projects automation helps in skeleton erection, assembling, interior finishing, concrete compaction etc. The Japanese and the Americans are the pioneers in implementing robotics and automation. They also have developed several new technologies and machinery that have helped at multiple levels. Even the European Union is not far behind in terms of development and implementation of robotics and automation. India though, still has a long way to go in implementation of robotics and automation which is rapidly evolving. Research and development is one critical area where our country needs to invest to demonstrate some strong hold in these areas. It is still a dream to our civil engineers to work in a completely automated site. Training the operators directly through construction process, education and training would help immensely in introducing and implementing robotics and automation.