Construction of Artificial Islands and Its Effect on Ecology 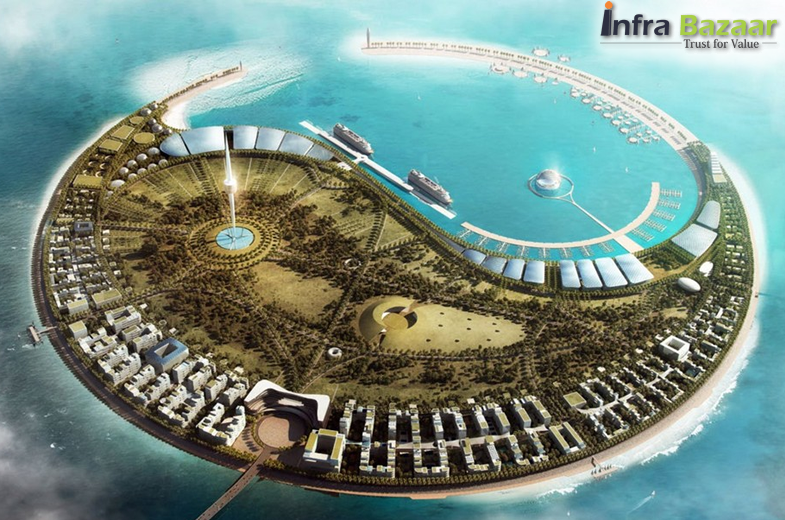 An island that has been constructed by humans without a natural process is called an Artificial Island. These are manmade creations which are constructed on existing reefs, by expanding existing islets or by joining several natural islets into a bigger island. In the past, few were built for ceremonial structures and others were created to isolate one group of people from another. However, more recently, they have been constructed to ease the overcrowding population of urban areas.

Construction of artificial islands were found as early as Ancient Egyptian Civilization, that includes floating structures in still waters or megalithic structures erected in shallow waters. Some even claim that they date back to the crannogs of prehistoric Scotland and Ireland. They even existed in the ceremonial centers of Nan Madol in Micronesia and few still exist in the floating islands of Lake Titicaca.  Extensive research on creating artificial islands started in the 17th Century mainly for oil exploration and production, mining ventilation and for defense purpose. Japanese are considered as the pioneers of these constructions. With the advancement of technology, today construction of artificial islands is possible even in 75 meter depth of water.

The demand to construct artificial islands came recently, when naturally formed land surface were either not viable or not available in the desired places to meet different requirements, like extension airport runways, generate wind energy in ocean and sea, underwater mining of mineral resources, exploration of oil and make drilling platforms, creation of hotels and parks, meet infrastructure requirement to develop ports and airports, etc.

Before the construction of an artificial island there are few critical factors which need to be addressed and understood. The depth of water is the primary and most critical factor that needs to be understood before designing and constructing an artificial island. With the increase in depth the complication arises in designing and execution. The height of the waves and the underwater sea current are other critical aspects that need to be studied. Construction material available must be of the highest quality. Understanding existing underwater cables and pipelines is also equally important. Analysis should be done on soil and foundation structures, if it is earthquake zone or not should also be analyzed.

However, constructions of such mega structures are creating severe negative impact on Ecology. It is causing extreme imbalance in the marine ecosystem. Some of the severe impacts are erosion, caused by winds and water currents. It removes the sand that forms the majority of the island. Irreparable damage is caused to the marine ecology such as the loss of reefs and marine animals. It disturbs nesting, hatching and the complete reproductive cycle of different marine species. Constant alterations to the environment like the shifting of sand, movement of boulders, uses of vibrators are deeply impacting marine life. Sometimes sharp reduction in the aquatic life is also observed. Erosion of the coastal soil, irregular sedimentation, changes in the waves pattern are few other observations that are made post the construction of such artificial islands. The sediments piled up by construction is suffocating and injuring the surrounding marine fauna. Decrease in the amount of sunlight moving to the sea vegetation is also observed.

Some of the mega constructions like Palm Jumeirah in Dubai, The World (World Islands) in Dubai, Burj Al Arab in Dubai, The Pearl in Qatar, Amwaj Islands in Bahrain, etc. have received severe criticism  from Greenpeace and Mongabay.com (Rain forest conservation organization) for creating disturbances in the Persian Gulf Ecosystem. It has been observed that the constructions have caused many visible ecological and environmental changes that are a threat to the future.

One of the most notable effects of construction of such mega structures is the elimination of many coral reefs. An estimated 10-15% of the area was covered by corals at the construction site of Palm Jumeirah in Dubai. The debris from dredging and residuals of other construction material has approximately damaged 1.6 to 2.5 million square meters of coral. The pumping of hot industrial effluents and dumping of extra salt from the desalination plants into the Gulf is further increasing the temperature and the salinity of water which is causing more ecological imbalance. Few turtle nesting sites were also destroyed and some fish species have migrated out of the area in the construction of the Palm Jumeirah.

What we can conclude that while technology has advanced humans are playing this dangerous game of fiddling with nature. The regions where artificial islands are constructed are now exposed excessive winds, tidal forces, earthquakes and tsunamis. In the quest of more lands, more buildings, better infrastructure and more recreation we are causing irreparable damage to the ecology.