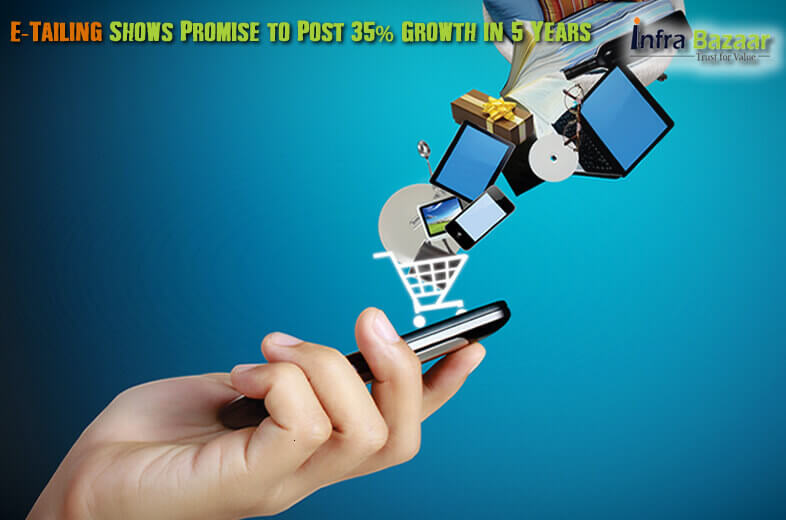 According to the “Assocham Price Water House Coopers Study” the India’s e-commerce industry is likely to increase compounded annual growth rate of 35% and cross the $100 billion mark in next 5 years.

The India’s e-commerce sector is estimated to see 72% jumps in the average annual spend on online purchases per individual in 2016, as of now the current level is about 65 % as per the studies.

This has affected the shopping malls big time and they are suffering from lesser footfalls leading to around 25% vacancy rate also there is a 30% drop in rentals when compared to the last year, according to the study.

This drop is observed in Indian Malls is in line with the declining number of footfalls in retail space around 200 shopping malls across the UK, US and other countries. Currently in US malls are facing 46% vacancy rate and however 32% in UK.

“Online Shopping has shown amazing growth while the malls are witnessing a slowdown, as the growth in e-commerce looks extraordinary because of low base and rising access of the Internet,” according to the Assocham Secretary General D S Rawat.

Improvements in IT infrastructure such as broadband, logistics and internet ready devices there is higher possibility that there will be significant increase in the number of consumers purchasing online. As per the studies it is predicted that around 65 million consumers in India will be buy online in 2015, against 40 Million buyers in 2014.

In next 15 years, about 45% of Indian shopping malls are expected to be converted into non-retail space. There is a large possibility that they could be replaced with movie theatres, restaurants or discount retailers as per the study projected.