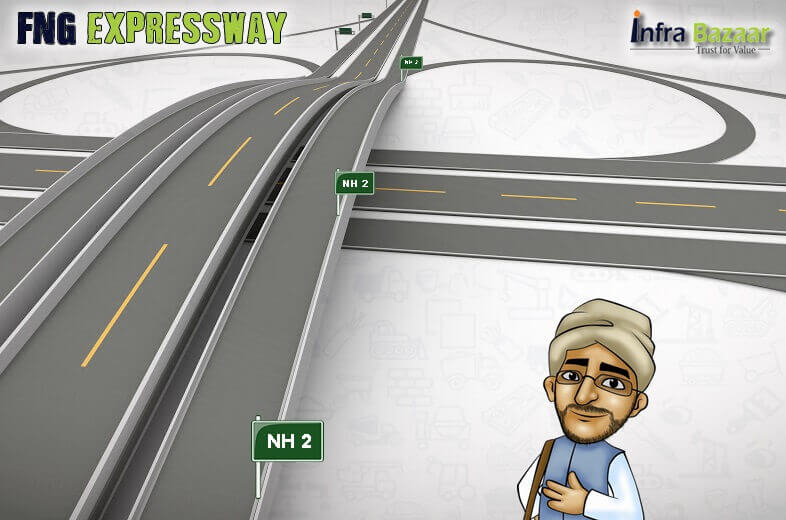 The Noida Government Authority has approved a proposal to give the Faridabad, Noida and Ghaziabad (FNG) National Highway an expressway status. The project is extended to Sohna. The Uttar Pradesh Government has given no objection certificate (NOC) to Central Government of India with regard to the same with an advice letter to complete the project on time.

The Greater Noida and Noida authorities, Chairman and CEO “Rama Raman” has said once the expressway is approved NH status, it would get higher allowance of funds, and thus it will be better maintained. In Last year October the Central government had drafted an agreement with Uttar Pradesh government concerning the expressway, and then the report has been submitted to Centre regarding a proposal to switch the FNG expressway into National Highway. The Centre government has demanded an NOC to start the project, which the state government has provided in this year July.

FNG Expressway is about 56 km long with 19.9 km in Greater Noida or Noida region, 8km in Ghaziabad the remaining 28.1 km in Faridabad region. By this expressway few sectors would develop especially like Neharpar, according to the plan. In Noida the operation of the project would start in next 14 months, while it would three years to complete the whole project and become fully operational.

The complete expressway designed by IIT- Roorkee will offer direct connectivity between Noida and Faridabad to end massive traffic jams in this major cities; the bridge is planned from Noida’s Sector 150 to National Highway 2 in Faridabad as part of FNG (Faridabad, Noida and Ghaziabad) Expressway.

The Noida Authority has almost developed part of FNG with and has advised centre to develop the remaining part of the FNG as they have invested money in developing the major part of the expressway and they also have asked Centre to return the cost as per the policy of State government.