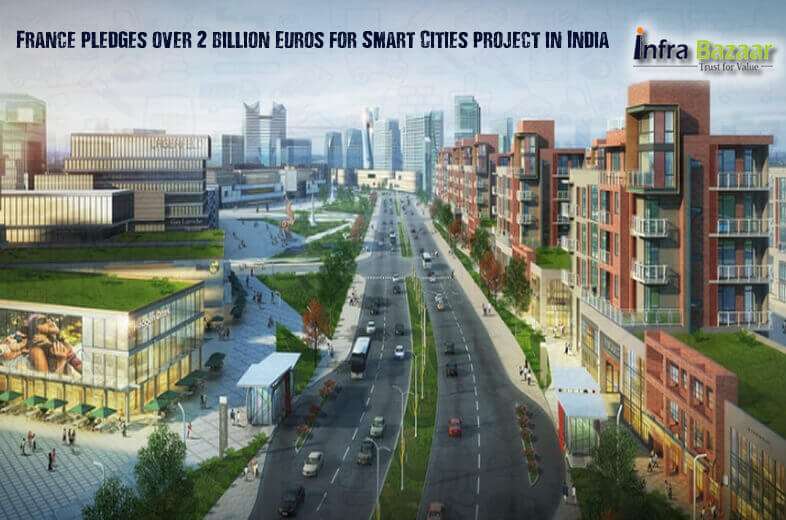 As urban population of India is growing at rapid pace and by 2050 it is expected that 50% of country’s population would be residing in urban areas. The president of FICCI, Jyotsna Suri said that under the smart cities mission government of India.

The Indian Prime Minister Sri Narendra Modi had visited France in the month of April, in result to this the France has committed investment of 600 million Euros for ‘Smart Cities’ and projects associated to sustainability, including energy efficiency and renewable energy. Further developing the smart cities, France was devoted to develop smart cities and heritage sites for tourism.

Indian additional secretary, ministry of urban development, Durga Shanker Mishra said that France was actively partnering with India in its initiatives of emergent 100 Smart cities and Amrut. The Indian government was moving ahead towards both the projects by engaging with state government and local bodies as their association.

The Ministry of Foreign Affairs Francois Richer, said France will invest over 2 billion Euros for smart city projects in India with special focus on Nagpur, Chandigarh and Puducherry. France government has also committed to invest around 200 million Euros for the expansion of Bangalore Metro. He officially announced in the seminar on 'Towards Smart and Sustainable Cities' planned by FICCI, Embassy of France in India and the Ministry of Urban Development.