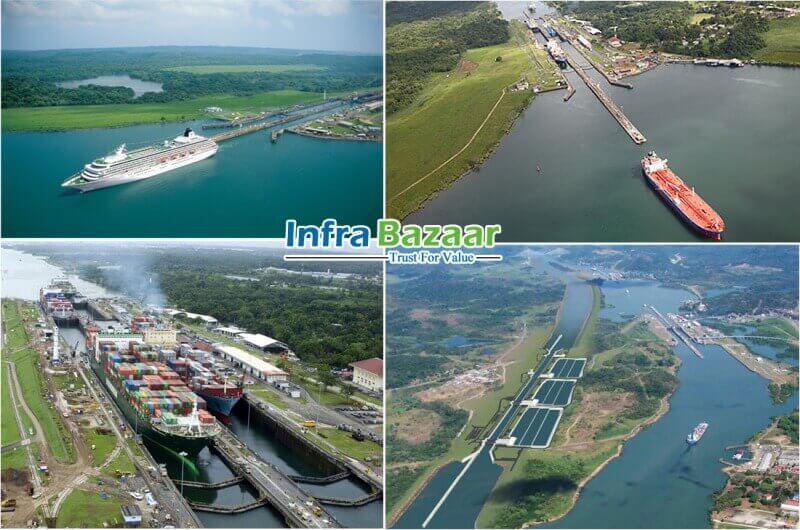 Let start with the history of the Panama Canal it is a 77.1Km long cruise ship canal located in Panama.August 15, 1914, marks the 100th anniversary of the official opening of the Panama Canal, the American-built waterway across the Isthmus of Panama that connects the Atlantic and Pacific oceans. The 50-mile-long passage created an important shortcut for ships; after the canal was constructed, a vessel sailing between New York and California was able to bypass the long journey around the tip of South America and trim nearly 8,000 miles from its voyage. The canal, which uses a system of locks to lift ships 85 feet above the sea level, was the largest engineering project of its time.

In 2006 engineers has decided to expand the Panama Canal by 2014 to the mark the occasion of 100 years of engineering marvel. In 2007, work began on a $5.25 billion expansion project that will enable the canal to handle post-Panamax ships; that is, those exceeding the dimensions of so-called Panamax vessels, built to fit through the canal, whose locks are 110 feet wide and 1,000 feet long. The expanded canal will be able to handle cargo vessels carrying 14,000 20-foot containers, nearly three times the amount currently accommodated. The expansion project, expected to be completed in late 2015, includes the creation of a new, larger set of locks and the widening and deepening of existing navigational channels. The new construction is planned for the next 100 years.

Despite having enjoyed a privileged position for last 100 years, the canal is increasingly facing competition from other quarters. Because canal tolls have risen and as ships have become larger, some critics have suggested that the Suez Canal is now a viable alternative for cargo en route from Asia to the U.S. East Coast. Even the transport system has changed drastically, earlier the only way to transport heavy goods were via sea but now with high speed trains and flights carrying heavy weights it is posing as a major competition to the Canal. Panama is also facing traffic issues in case of accidents in between a huge time is lost while other ships are getting anchored. Panama is also facing a lot of challenges in their own country like the cost of the project, issues between the ACP and European contractors, also the time line of the project to complete it by 2014.

The future of the Panama Canal is promising for both the world and Panama. The shipping industry relies heavily on the canal for transporting cargo and Panama's economy benefits from the canal's operations. Renovations are designed and planned to serve the needs of the growing population and the shipping industry, as long as the ecosystem is no longer infringed. A fiercely competitive shipping analyst says that there won’t be any alternative to the Panama Canal for the next 20 to 30 years, but according to Panama it’s a next 100 years view. A century later it will still be a top contributor to the shipping industry. Over the years, the canal has seen more than 850,000 ships and 250 million tons of cargo since its American-funded completion in 1914.

Visitors to the Panama Canal most frequently arrive in winter or spring to see the historic waterway that President Theodore Roosevelt called "the most important action" he took in foreign relations. The "best time" to go really depends upon your priorities. Hike during the dry season from mid-December until May and bring warm clothes if you're going to high altitudes in Boquete, El Valle or Cerro Punta. December to May is also a great time for surfing big waves and diving in clear waters. November to April is the most popular season for Panama canal cruising. During off-season from May to December, you'll find the best whitewater rafting in the Chiriquí Province.