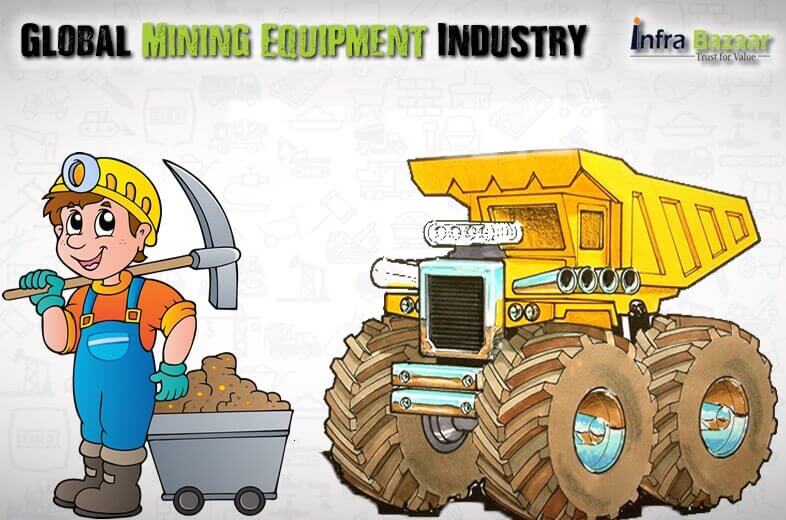 The Global Mining Equipment is expected to grow at CAGR 4% during the forecast period 2015 to 2022, in 2012 the global mining equipment was about US $71.5 billion and it’s predictable to be worth of US $95.14 by 2022. Mining equipment activities are largely increasing worldwide due to which it is estimated that the market is going to boom in the next 6 years. Mineral extractions are particularly established in Asia Pacific nations of India and China with a 60% share of Global mining equipment market share.

Metal Mining is expected to be global leading market over the forecast period on account of increased demand for valuable metals including gold, silver, and platinum which requires substantial investment as a result it involves large scale of operation. The demand of the coal mining is highly increasing due to growing demand for coal in electricity generation and heating.

China’s economy is highly dependent on manufacturing and energy; hence the demand is increasing for natural resources driving the market. China is estimated to lead new mining equipment demand; It is a major source of producing bauxite and iron ore. Chinese have largely benefited by the domestic demand from coal, metal and mining industries, with a growth forecast of over 5%.

Europe will share small percentage of metal ores, but it is an important producer of metals including lead, copper, zinc, chromium and silver. Most of metal mines participate globally and most metallic ores are imported to supply the European metallic industry. In future Europe and North America mining market would lose due to the government limitations on coal fired and coal extraction.

The global mining industry indicates the presence of large multinational corportations such as Caterpillar Inc, Hitachi Construction Machinery, Komatsu Limited, Atlas Copco AB, Sandvik AB, and dominated global mining equipment market share in 2015. Therefore it is expected to grow at CAGR 4% during the forecast period 2015 to 2022.