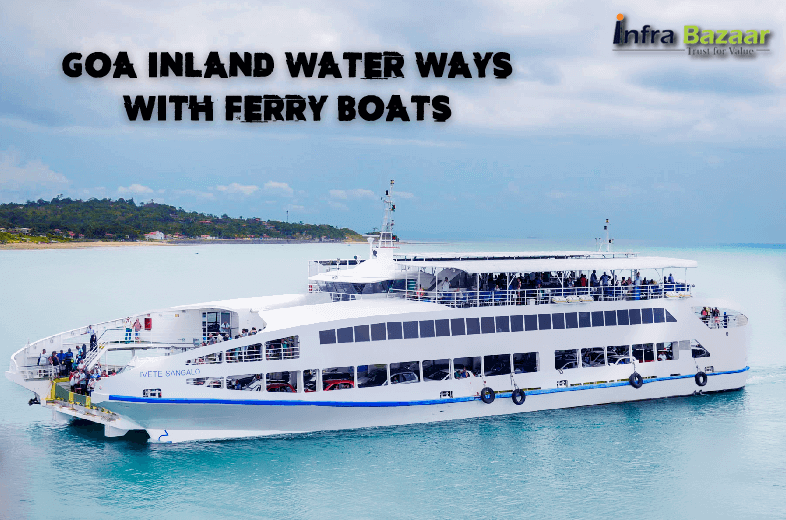 GOA: GOA wants to start the work for on a long overdue project which is Inland Water ways project. It would help ferry people of the Goa and tourists along Mandovi and Zuari rivers. The Inland Water Ways project will be live soon by October this year, as per the Union Minister Nithin Gadkhari.

The entire proposal includes dredging and building the terminal points along with two Inland Streams and also constructing two jetties to ferry passengers. The entire proposal would cost an estimated Rs. 215 crore. As per the statement made by Nitin Gadkari, Union Minister for Road and Transport, Rs. 115 crore will be approximately spent on dredging work only. It will start after the monsoon season in October.

After the brief conversation with the GOA Chief Minister Lakshmikant Parsekar, Gadkari said that we are planning to open the ferry routes for the tourists in the sate across 250 km’s navigable rivers. The Ministry of shipping has also disclosed a detailed description of plans and terminals with the discrete points along the inland water ways. Union Minister Nitin Gadkari has named some discrete points those are Betim, Brittona, Aldona, Corjuvem, Pomburpa, Durbhat, Old Goa, Panaji, Chorao and Ribander.

The ferry services which are pegged at Rs. 100 crore, will link Aldona to Panaji, Cortalim to Durbhat via Panaji, and Panaji to Vasco. Nitin Gadkari said that we are planning to develop the 4 new ferry routes over the other rivers Chapora, Cumbharjua, Mapusa and Sal.

A Times of India report said that the GOA government wants to demand an extra Rs. 200 crore for repairing the existing jetties.