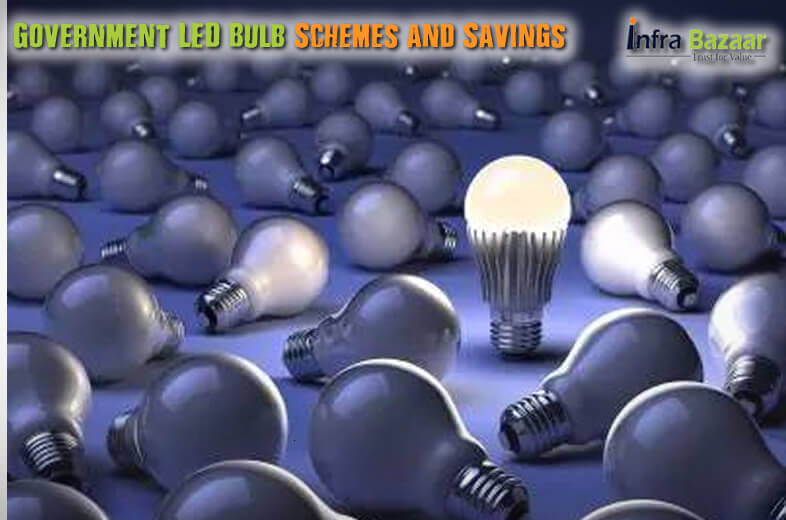 In recent months, the usage of LED bulbs is on the incremental side. The LED lighting projects being undertaken in several states of India will open up huge business opportunity for the local LED industry. For example, the Andhra Pradesh government has ordered that in the procurement of LED lights, preference will be given to the LED industry in the state.

Replacing domestic incandescent lights and conventional streetlights with LED lights will result in conservation of billion of units of power every year. The total number of streetlights in the country is about 3.5 crore and currently, 99.5 per cent of these lights are conventional lights. If all the lights are replaced with LED lights it will save 50 per cent energy and 5 billion units of power every year. However, it is estimated that it will take five years to replace all the incandescent bulbs with LED lights.

About 77 crore incandescent bulbs are sold every year in India and replacing them with LED lights will result in saving 25 billion units of power, annually in India. Replacing a 60W CFL bulb with a 7W LED light will result in saving Rs 500-600 every year on each bulb. Moreover, an LED light has a 10 year lifespan compared to just six months of an incandescent bulb and two years of a CFL.

The cost of a 7W LED bulb has come down from Rs 400 to Rs 204 in the last one and a half years. As the demand increases, prices will further fall sharply. Currently, there are 80-90 small manufacturers of LED lights in India.

The Managing director, Saurabh Kumar, of Energy Efficiency Services Ltd (EESL), a PSU under the power ministry that is driving the LED distribution proposal, has officially announced the LED program has been expanded to all districts in Andhra Pradesh since its launch in April 2014 (Puducherry pilot phase).

Thanks to Central Government sponsored LED distribution programme, which outlines the replacement of luminous bulbs and CFLs with energy- efficient LED lamps.

In January 2015, under Domestic Efficient lighting Programme the push of LED was swing across Rajasthan, Maharashtra, Uttar Pradesh, Delhi and Himachal Pradesh. Almost two crore LED bulbs have been distributed in these states and the project’s objective is to reduce consumption of power and to increase the domestic savings and trim carbon emission is already seeing results.

An Incredible 68 lakh kilowatt of energy is saved every day. This includes a cut in 645 megawatts of power during peak hours; about 5,520 tones drop in daily carbon emission and domestic savings of Rs 2.71 crore every day.

CMO of NTL lemnis, Sandeep Singh, has officially said "The project has expanded our volumes for sure," a LED producer that has supplied over 6 million pieces to the government. “From a marketing point of view, the project has disrupted our pricing strategy. We’ll never be able to sell LEDs at Rs 105 considering the long distribution line we’ve to cover.”