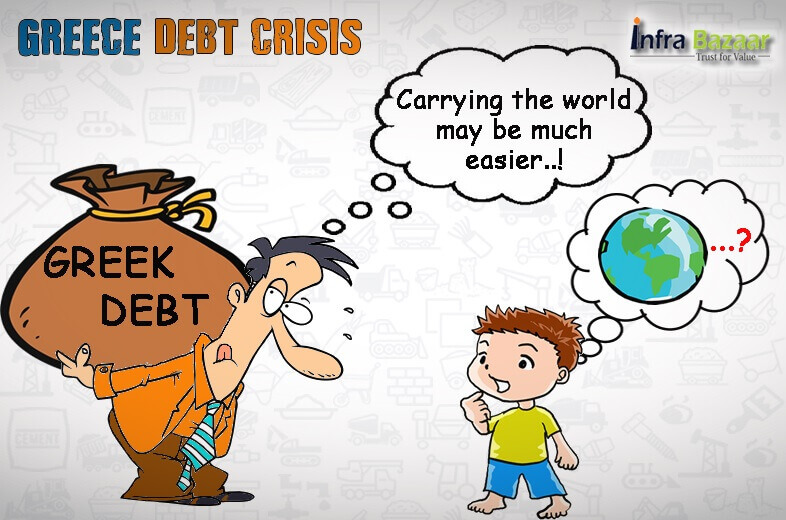 When borrowers — whether they are countries, companies or individuals — do not pay their debts on time, they are in default. For practical purposes, then, Greece — which on Tuesday failed to make a scheduled debt repayment of about 1.5 billion euros, or $1.7 billion, to the International Monetary Fund — has defaulted.

The I.M.F., however, does not use the term default. It instead places countries that miss their payments in what it calls arrears.

With the debt crisis beginning in 2010 in Greece, international banks and financial investors had pulled out their Greek bonds and other holdings, rendering them insulated from the Greek economic changes. Private investors, who did not pull back, however have hard times ahead. Greece now owes European countries and international bodies €340bn borrowed over the past five years. To afford the debt repayments, Greece made huge cuts leaving many impoverished.

The other countries in the Eurozone-Portugal, Ireland and Spain-who are debt ridden have taken steps to overhaul their economies and are less vulnerable now.

Despite that, Greece's crash is believed to create ripples that cannot be predicted until the last moment even though early symptoms of a crack in the Euro valuation is visible, which has been dropping sharply since the crisis begun. With the shutting down of Greece's ailing banks to avoid further harm, the cash withdrawal has been limited to $66 per day and people with cash and credit issued in other countries have been exempted from the withdrawal limit.

Having understood the crisis it is also imperative that we also should understand are we insulated? Can India afford to be complacent?

Here is what the chief economic adviser to the Government of India in the ministry of finance, Arvind Subramanian, told reporters on Monday: "This is a drama which is going to play out for some time. We are well protected in at least three ways. Our macro-economic situation is much more stable. We have (foreign currency) reserves. We are an economy which is still a very attractive investment destination. So I think we are relatively well insulated."

The truth is that economies across the globe, including the Indian economy, are going to be adversely affected by the events of the last few weeks and the events that will follow.

However, India has somewhat consistently performed much better with regard to macro-financial stability relative to the rest of the world. Banks seem stable in India but a currency crisis cannot be ruled out, the current account deficit is too large by some yardsticks. On the contrary Reserve Bank of India (RBI) had been holding large foreign exchange reserves relative to gross domestic product (GDP) which can avoid a currency crisis.

The government goes in for somewhat regular bailouts in different forms such as assistance for airline companies, loan waivers for farmers, protecting existing banks by putting barriers to entry for new ones, etc. Such bailouts can mitigate a financial crisis but they have high costs associated with them. The growth rate in India in the last two decades has been high by international standards, and by India’s own historical record.

To summarize, current policies do mitigate a financial crisis. There could be problems but India is a land of opportunities and with its growing economy, we should be insulated from a Greece like crisis.