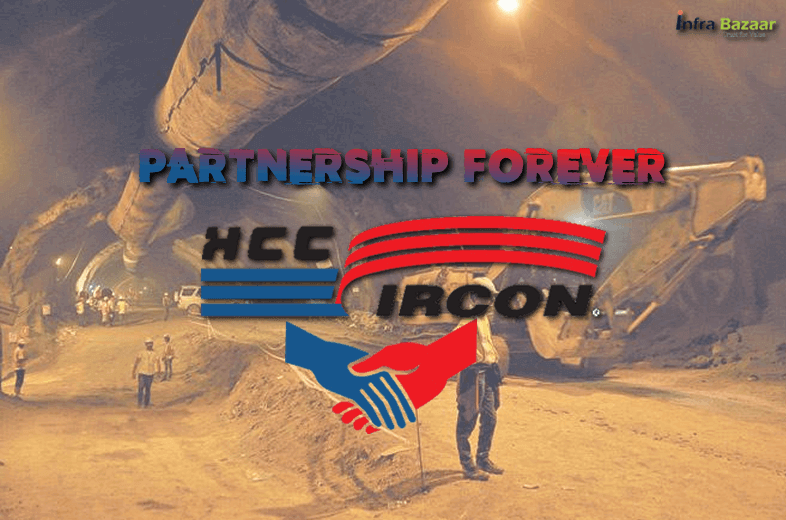 HCC (Hindustan Construction Company) on Tuesday (26th July 2016) announced that it was awarded another contract worth Rs.1749.59 crore by IRCON international Ltd. to construct two tunnels and a bridge in Jammu and Kashmir. This contract is awarded to construct two important tunnels T-13, part of T-14 compounded to 12.8km along with parallel safety tunnels and a 200 m bridge adjoining these two tunnels and a station yard at Basindadhar. This is the fourth contract given to HCC by IRCON International Ltd.

The first contact awarded by IRCON international was to construct 11 km long PIR-PANJAL Railway Tunnel, the longest transportation tunnel in India and Asia’s 2nd longest tunnel commissioned for railway traffic. This tunnel is built on Banihal to Qazigund section of Jammu-Srinagar-Udhampur railway line which has been completed in 2011. Mr. Arun Karambelkar, President and CEO of HCC has proudly announced that the tunnel has been constructed using New Austrian Tunneling Method (NATM) and it is for the first time in the country that this method has been used on such a large scale. About 1300 workers and 150 engineers worked round the clock to accomplish this challenging task.

Despite of these Railway line projects, HCC has also executed many of the country’s landmark Infrastructure projects, grabbing 26% of India’s Hydel power generation and 65% of Nuclear power generation capacities. HCC also finished 3600kms of expressways and highways spanning more than 300km of complex tunneling and over 350 bridges.