ILR - a prestigious and high value project for Government of India 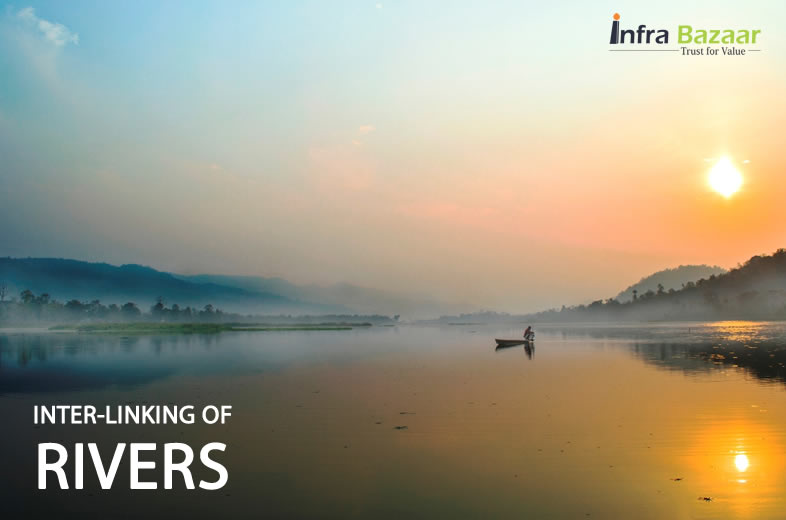 Inter-linking of rivers (ILR) is a prestigious and high-value project which government is mulling seriously. These projects may be considered as national projects. Government is in a hurry and looking to expedite their implementation through quick fund flows. It is also making plans to monitor it very closely.

A special committee has been formed for the river linking projects. Union water resources minister Nitin Gadkari has urged concerned states to come up with definite funding proposals. These proposals can be directly taken up with foreign funding agencies as well. There is also a proposal for transferring surplus water to deficit zone through river linking projects. The participants are also exploring options for creating a separate central fund for this purpose.

The Ken-Betwa River linking project has already been declared as a 'national project'. There is a similar proposal for remaining ILR projects which are yet to be clubbed in this category. The three projects which are ready for implementation are Ken-Betwa link in Uttar Pradesh and Madhya Pradesh and Damanganga-Pinjal link and Par-Tapi-Narmada link in Maharashtra and Gujarat.

The Ken-Betwa link project alone will require over Rs 18,000 crore. The existing 60 (Centre):40 (State) funding proposal would be difficult for UP and MP to go ahead with it and a 90 (Centre):10 (State) funding pattern is yet to be finalized for this project. The water resources ministry, however, on Wednesday said a MoU to implement the Ken-Betwa link project was likely to be signed soon.

The states would be spared from funding obligation on major heads, once the other ILR projects are declared as 'national projects'. The national projects would be eligible for 90% of a grant by the center as a major portion of the work will take place for irrigation and drinking water components. The progress of work on 'national project' will be monitored by a high-powered steering committee chaired by Union water resources secretary.

Under the current proposal, 16 projects across the country are declared as 'national projects'. It includes one ILR (Ken-Betwa link) project and 15 other dams and multi-purpose projects such as Teesta Barrage project in West Bengal, Polavaram project in Andhra Pradesh, Gosikhurd irrigation project in Maharashtra and Renuka Dam project in Himachal Pradesh among others.