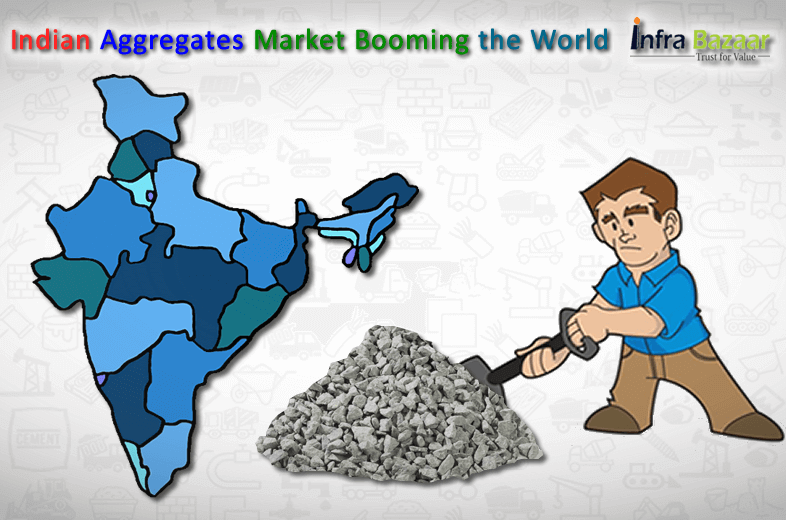 India is said to implement a path-breaking trends which brings the value of time and money to being the only organized player in the Aggregates market across the world.

The Construction Aggregates sale is expected to increase about 5.2% by 2017 worldwide i.e., approx 23 billion metric tons. When compared to 2005-2010 timeframe it is a slower growth rate but reflecting a moderation in aggregates demanding for non- building construction activity.

The sale of construction aggregates in 2005-2010 was grown up by 9.3% spurred by high levels of construction activity, especially the new road projects are part of Rs 3 lakh crore (US$70 billion). As per Freedonia’s report construction aggregates market in India was 2.2 billion tones for the fiscal year 2010 where India was called the second largest national market in the world compared to china. The private sector was expected to contribute about 44% of the total project share and spend about $100 billion on roads and highways over India’s 12th Five Year Plan (2012-17).

From the past five years the Indian aggregates market has significantly strengthened our presence in Asia due to which the high demand of the aggregate has been increasing. However the Indian National Highways Development Program (NHDP) is aimed in developing 50,000km of national highways in seven phases by 2016.

Under the National Highways development Program, Phases I and II comprise about 14,145 km of connecting and upgrading of the national highways between four major metropolitan cities Mumbai, Chennai, New Delhi and Kolkata with 5,800km Golden Quadrilateral, connecting various tourist destination from Kanyakumari in south with Srinagar in northern India.