INDIAN BUSINESS OUTLOOK IN AVIATION, CONSTRUCTION AND INFRASTRUCTURE INDUSTRY BY 2020 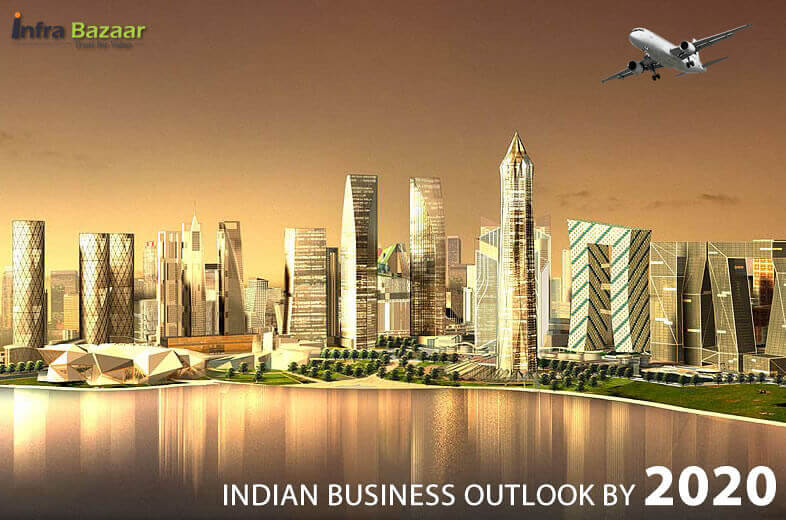 NAVI MUMABI: Navi Mumbai International Airport may set in motion by 2020. City And Industrial Development Corporation Maharashtra has bestowed its bids for four packages regarding the land development of Navi Mumbai International Airport, covering 1640 hectares of area said by the Cheif Engineer Mr. Sanjay Chowdary. From the four packages, two were awarded to Supreme Infrastructures Ltd. worth almost 200 crores each. The rest two packages were assigned to Gayatri Projects Ltd. and GVK Consortium valued at 600 crores and 700 corers respectively.

Maharashtra government has put deadline of 2019 for some of most enthusiastic infrastructure projects. Not only in Maharashtra but other states also are ionizing their efforts with many projects related to infrastructure and construction. Chief Minister of Kerala Mr. Pinarayi Vijayan said recently that The Smart City Kochi Project is expected to complete by 2020. Government of India is also looking at major export and import routes by Seaways, which has a lot of opportunity in building the new seaports in India. There is a need to develop major seaports like Mumbai port, Kolkata port for better transportation with neighboring countries.

Most probably, the construction and development of airports is presumed to be a major source of business for infrastructure companies. Our Indian Aviation Sector seems favorable for investments from many investors for the development and maintenance of airport infrastructure and aviation navigation services over the next decade. Our Honorable Finance Minister Mr. Arun Jaitley in his recent visit to Beijing has made a strong throw on Chinese investments in Indian infrastructure sector. He also said that “India is the only economy in the world which is self-possessed to grow at 7.5 to 8 percent in an Unsupportive Global Environment. With India set to be the third largest civil aviation market by 2020, it will involve the development of many Greenfield airports as well as improvement of existing airports.