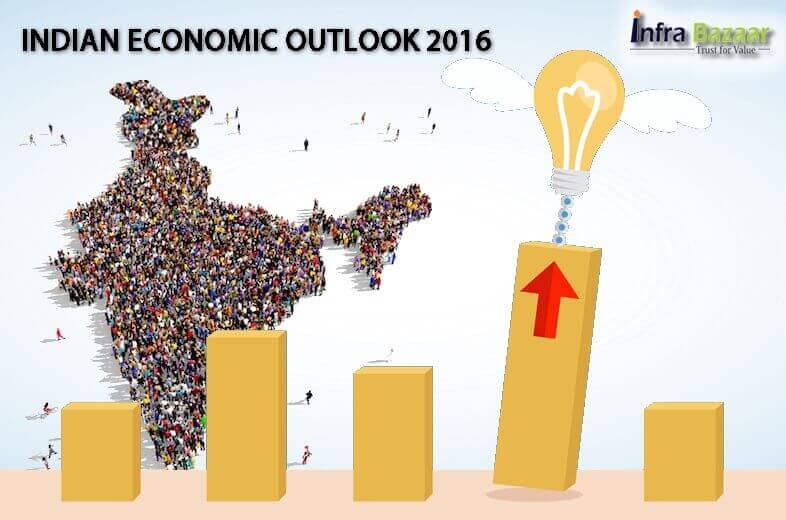 The International Monetary Fund (IMF) growth forecast for India is pegged at 7.5 percent for the year 2016.With China posting its lowest GDP growth rate in almost 25 years, the International Monetary Fund released an update to its World Economic Outlook report predicting that India’s economy will overtake China in terms of its annual growth rate in 2016. China’s growth rate is expected to slow down considerably, the IMF pegs its growth at 6.8 percent in 2015 and 6.3 percent in 2016, the gap between the two countries is likely to widen to 1.2 percentage points by 2016.

The IMF’s projections represent a substantial increase from the actual growth rates of the Indian economy in 2013 and 2014 when the economy grew by 5 and 5.8 percent respectively. The IMF’s World Economic Outlook (WEO) projects global economic growth at 3.3 percent for the year 2016.

Fitch too has given its forecast for Indian real GDP growth for FY16 at 7.5 percent. Below average rainfall during this year's monsoon season, recorded at 14 percent below average, is also likely to lower growth somewhat, it said. Agriculture contributes close to 18 percent of India's GDP. Fitch, however, continues to expect an acceleration of growth to 8 percent for 2017-18 fiscal years.

The IMF’s reasoning is based primarily on reforms measures taken by Indian Prime Minister Narendra Modi, who has been in office for almost 18 months now after winning May 2014′s general election.

Global factors also look promising for the Indian economy. For example, the ongoing slump in world oil prices will stimulate the Indian economy by freeing up capital for other uses, including investment in infrastructure and public services. India is a major importer of oil. Despite the positive expectations surrounding the Indian prime minister’s economic reform initiatives and favourable external factors, the Indian economy still suffers from negative factors. The government is still finding it difficult to dismantle older regulations that make India an unfavourable or excessively risky investment destination in spite of having an absolute mandate. For example, the Modi government has done little to attract investors by alleviating the negative effects of unlimited liability clauses for foreign suppliers, lax patent rules, and generally cumbersome government bureaucracy.