Indian National highways to grow by 50000 km in 6 months 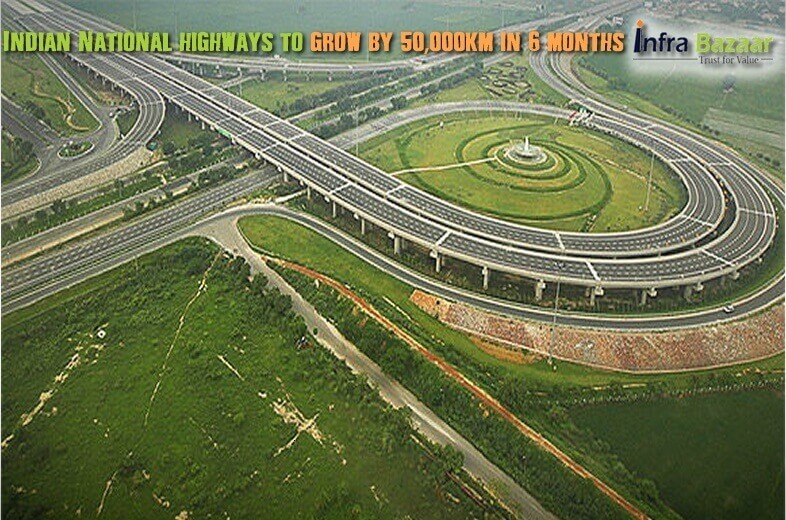 The National Highways (NH) network is set to expand nearly 50,000 km in the country in next six months. Additionally the Indian Government is planning to expand twice the length in next two years.

As per sources, in last 15 months, the Indian government has added around 7,000 km of roads to the National Highway. The Road and highway transport minister Mr. Nitin Gadkari has officially announced to take it to 1.5 lakh km by this end of the year.

Between 1998 and 2004 when the NDA government was in power, around 23,814 km was added to National highway network. During the 10 year rule of the UPA government around 18,000 km were designed and completed as NH.

On how the ministry is now going about including more stretches as NH, an official said, "While process of notification to include about 15,000 km under Bharat Mala and joining backward areas in the NH network is under way, we are carrying out feasibility study for large chunk of stretches that states have forwarded for upgrading them as NHs. This would be about 20,000 km."

As per sources adding length is crucial to maintain the pace. Currently it has been increased to about 30 km a day. Putting its focus on accelerating highway construction as growth multiplier, the Modi government plans to continue this high target of completing the work in next 3-4 years. "Moreover, ideally most of the major roads connecting districts, upcoming business hubs and even religious and tourist places should be connected with at least two-and-half lane roads," a ministry official said.

However, there is also a flip side to it. Converting more stretches of state highways or major district roads to NHs will increase burden on the Central budget as states will stop spending on maintenance of these stretches as soon as the corridors are notified as NHs.

Some of the officials said the situation won't get out of government control as most of the stretches being expanded now are on a model named "EPC contracts". Under this, the contractor has to maintain the road for one year and is also responsible for any defect for four years. "So, there will be almost no government outgo for maintenance and all these stretches will be under the toll mode. The contractor who gets the work will maintain the stretches. The amount saved can be utilized for maintaining new stretches," the official said.