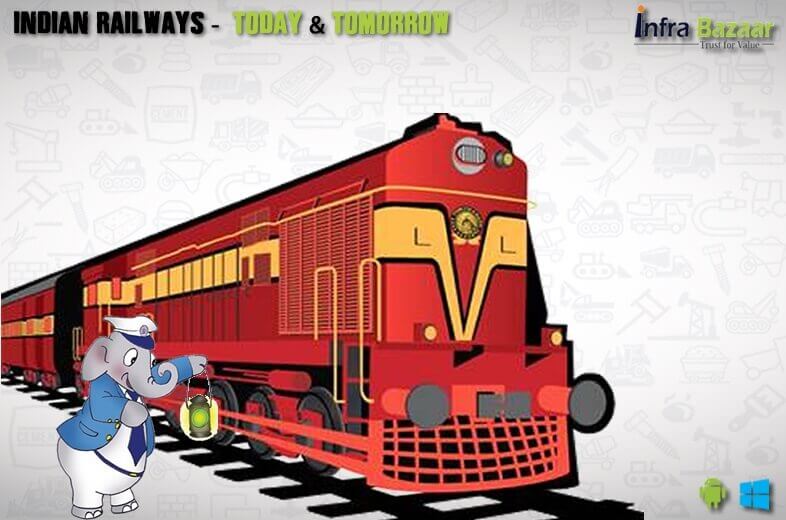 The Indian Railways is among the world’s largest railway networks and has strongly emerged as the main vehicle for the country’s socio economic development. It caters to the transportation needs of the country, while also bringing together the diverse geographies and assisting in promoting national integration. Furthermore, the railway network is also ideal for long-distance travel and movement of bulk commodities, apart from being an energy efficient and economic mode of conveyance and transport. The 64,600-km network is spread across 7,146 stations, with 19,000 trains operating the routes daily.

India's railway network is recognized as one of the largest railway systems in the world under single management. The Government of India has focused on investing on railway infrastructure by making investor-friendly policies. It has moved quickly to enable foreign direct investment (FDI) in railways to improve infrastructure for freight and high-speed trains. At present, private sector companies are also looking to invest in rail projects.

In coming days there will be various new railway projects such as high speed rails, bullet trains and metro projects. The Indian railway is getting ready with solutions and capabilities, Toshiba came forward with customers and partners to contribute the constructing transportation infrastructure with India, it is crucial for India’s further economic growth and people’s better life.

An overseas expert has suggested that India needs or can build high speed railways. Like in other countries, France mil of TGV track cost of   £15m, and many more through hills, California's bullet train is estimated at £70bn and will take more than 20 years to complete. In Britain the HS2 project has been priced at £33bn. In India if the land rates will be cheaper, thus would be immense, says experts. New stations would have to be build in leading cities with bight safety issues,

The Indian railways have played a key role right from the Days of Struggle of Independence to till date. Hence, the initiatives which are in different stages of implementation like doubling of tracks, electrification, new track lying, changing of gauge etc., will only help rise The Indian Railways from deep slumber and race towards modernization.