Industrial and Infrastructure Development in India Since 1947 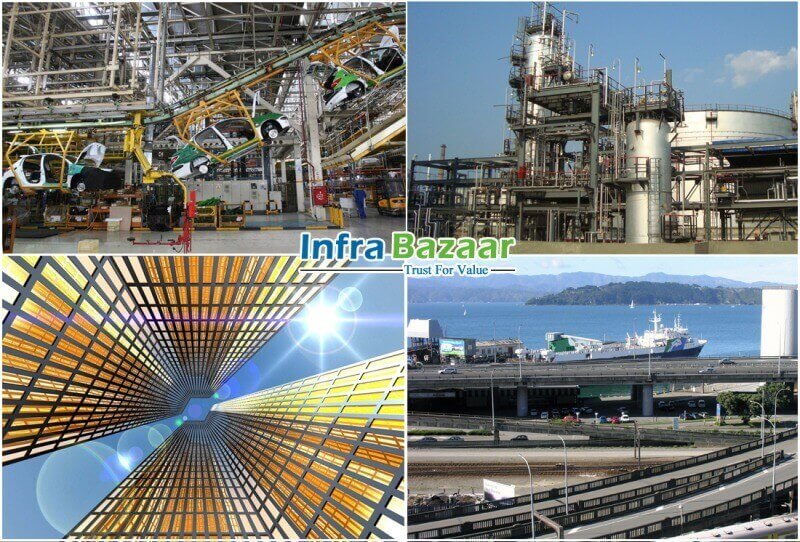 For the last few years India has enormous growth in industrial and infrastructure sectors, both Government and private have invest heavily after 1991 economic policy has introduced mostly the private sectors have brought in world standard techniques  and technology in this industries.

After 1991 policy FDI (Foreign Direct Investors) enter directly and indirectly into the industries, with the help of them India got money and equipment to build and to become one of the highest spenders in industrial and infrastructure. The new guidelines also allow foreign companies to set up 100 per cent companies on the basis of the following criteria: (a) where only holding operation is involved and all downstream investments to be carried out need prior approval; (b) where proprietary technology is sought to be protected or sophisticated technology is proposed to be brought in; (c) where at least 50 per cent of production is exported; (d) consultancy proposals; and (e) projects in power, roads, ports and industrial towns and estates. The FIPB will also allow proposals for 100 per cent trading firms for exports, bulk imports, cash-and-carry wholesale trading and other import of goods and services provided at least 75 per cent is for procurement and sale of goods and services among group firms.

The Competition Act, 2002 passed by the Parliament seeks to establish a pro-competitive legal framework, contain anti-competitive practices and abuses of dominance and yield better regulation of markets. Micro, Small and Medium Enterprises Development Act, enacted on June 16, 2006, provides the first-ever legal framework recognizing the concept of enterprise (comprising both manufacturing and service entities) and gives an investment-based definition to the three terms. Similarly, various initiatives have been taken for the development of infrastructure. India Infrastructure Finance Company Limited (IIFCL) was incorporated on January 5, 2006 to lend funds of longer term maturity, directly to the eligible projects to supplement other loans from banks and financial institutions. Electricity Act, 2003 recognizes trading of power as a distinct activity and permits State Electricity Regulatory Commissions (SERCs) to allow open access in distribution of electricity in phases that would ultimately encourage efficiency and competition.

Rajiv Gandhi Grameen Vidyutikaran Yojana ((RGGVY) was launched by the Prime Minister on April 4, 2005. This scheme is for rural electricity infrastructure and household electrification. On August 15, 2002, the Prime Minister approved an important initiative called National Rail Vikas Yojana to put Indian Railways on the path of fast track growth. The National Highways Development Project (NHDP) ¾ the largest highway project ever undertaken by the country ¾ is being implemented by the National Highways Authority of India (NHAI). New Telecom Policy (NTP), 1999 provides the basic framework for the future development and growth of the telecom sector in the country. Special Economic Zones Act, 2005 seeks to promote value addition component in exports, generate employment and mobilize foreign exchange.

Steps taken for infrastructural development IIFC - India Infrastructure Finance Corporation. Setup to fund infrastructure funds in India & is owned by government. Will lend money at low rates to public and private infrastructure projects. Would be able to borrow at low rates as they are guaranteed by GoI. Government has started the Jawaharlal Nehru National Urban Renewal Mission (JNNURM) to improve Urban infrastructure.

Infrastructure inadequacies in both rural and urban areas are a major factor constraining India growth. India needs a lot more infrastructure to meet its needs. The government is focusing on this and has created a set of programs and reforms aimed at addressing this issue.