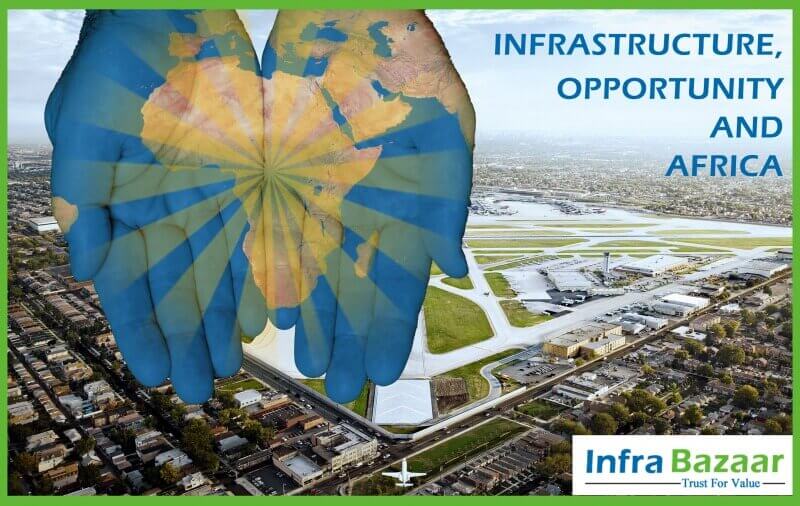 Over the next 20 years, additional investments of about US$ 50 billion per year are required to meet Africa's basic water, power and transportation needs.

Can private investment be accelerated to close this gap?

The infrastructure spending requirement for sub-Saharan Africa is currently estimated to be US$ 93 billion a year, which is roughly twice as much as what is actually being spent.

Poor infrastructure is very costly for Africa. It is calculated that in sub-Saharan Africa it cuts growth by 2% per year, which translates into a business efficiency loss of about 40%. The infrastructure spending requirement is US$ 93 billion a year but only about US$ 45 billion is being spent. It is estimated that improvement in efficiencies within the infrastructure networks could account for US$ 17 billion – which still leaves a gap of about US$ 31 billion a year. One suggestion for reducing this deficit is to better coordinate the delivery of infrastructure to save costs. In South Africa, instead of building in the usual piecemeal and sporadic manner, an attempt is being made at simultaneous delivery. The Development Bank of Southern Africa is currently helping to construct 8,000 schools and 18 hospitals across the country in this way.

It is hoped that this coordinated approach will enhance the possibilities of the public-private partnerships that everyone agrees are necessary to help bridge the infrastructure deficit. Such partnerships are often problematic due to the time scales of infrastructural projects, which can easily span the lifecycle of five successive governments and, therefore, incur significant political risk. However, recent research shows that returns on investment in infrastructure are excellent. For telecommunications, the return is 30-40%, for power 40% and for roads 80%.

Perceptions of political risk are a principal barrier to private sector involvement. And on the public sector side there is often fear of “being taken for a ride” by companies, a fear that often stems from unhappy experiences with privatization and job losses under World Bank structural adjustment programs. One problem in attracting outside investors is the modern corporate tendency to pursue quick returns – often due to risk aversion – which sectors such as mobile telecommunications can provide; however other essential services such as water and sanitation or health cannot. Other barriers include unstable or overly bureaucratic regulatory environments and a lack of government investment in core or network infrastructure on which private projects and operations can be leveraged.

The major challenge in building infrastructure is financing. Most projects are “big ticket items” and even if private enterprise shows an interest, convincing banking institutions of the viability is another thing. Indeed, often the banks simply do not have the funds. Most major infrastructure projects in Africa in recent years have been financed in two ways – by China in resource-related areas, and by the development financing institutions (DFIs) of developed countries. State-linked development banks have played a role, but Africa’s commercial banks have been conspicuous by their absence. For example, in Kenya, US$ 164 million was sought for regeneration of the Rift Valley railway but the only local financing available was at the 13-15% interest of off-the-shelf loan products. DFI money was secured for this enterprise but the drawbacks typical of DFI financing are onerous conditions and long delays in accessing the cash. Private companies are calling for greater government action in getting local financial institutions to become more efficient in supporting projects that have national and continental benefit.

In South Africa, efforts are being made to allow public sector savings, such as pension funds, to be used to underpin infrastructural development. The state’s Public Investment Corporation (PIC) is considering devoting 5% of its investments in this way – a move that it is hoped will further encourage private sector participation.

Indeed, African social security funds are generally an untapped reserve, with many of them being invested in developed world equity markets instead of at home.