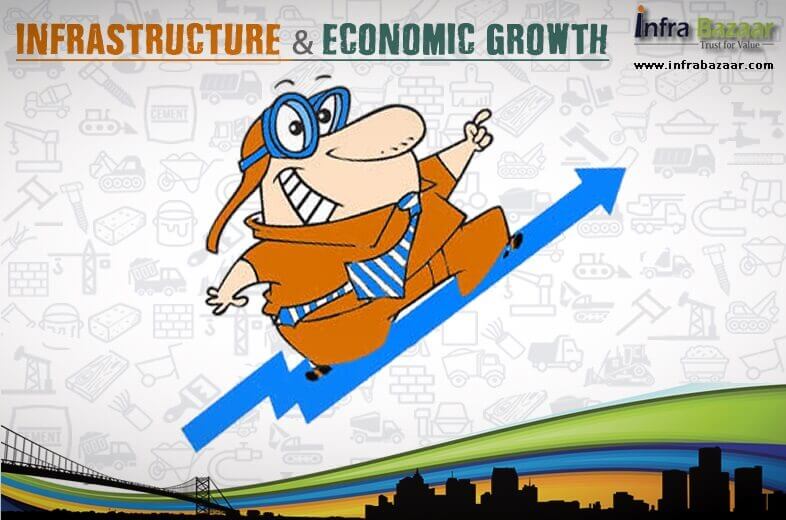 Infrastructure and Prosperity: The economic strength of a country is underpinned by its efficient infrastructure. The construction of railroads, canals, national highways; all these together contributes towards the growth and prosperity of a nation. The latest additions to the infrastructure sector have been internet networks and telecommunications.

Investments in infrastructure can boost the economic development in the least developed countries and upcoming markets. Countries where serious investments are made in the infrastructure sector are in a better position to stimulate commerce, attract DFI (Direct Foreign Investment) and to offer assistance to the local business fraternity. The citizens of these countries enjoy better sanitation, health care services and other aspects related to well-being of the people of that country. As per a recent report released by AfDB (African Development Bank), the overall developments of the countries like Taiwan, China and South Korea are direct results of their infrastructure sector. In next 5 years, India is planning to invest more than $1 trillion in its infrastructure sector in order to boost its economy.

Challenges: Infrastructure projects are usually expensive in nature, hence, governments look for co-financing thorough multilateral institutions and private partnerships, also known as PPP (Public Private Partnerships). These partners can play an instrumental role by offering their technical expertise and valuable advice. They can help a great deal in the prevention of cost overruns, corruptions and failed projects.

Strong project management, supportive regulations, transparent procedures in terms of procurement and consideration of social and environmental impacts; all these aspects plays a significant role towards the success of any project. Few landmark infrastructure projects in the recent past are Lesotho Highlands Water Project, Maputo Development Corridor in Mozambique and South American Regional Infrastructure Integration.

India’s Developing Infrastructure Sector Boosting its Economy: The Indian Infrastructure sector consists of bridges, power, dams, urban infrastructure development and roads. The power sector in India is expected to attract investment worth $250 billion in next 5-6 years. This would bring tremendous improvement as generation, transmission, and distribution of power is concerned. Massive projects have been undertaken all over the country to renovate and construct new bridges and dams. The Government of India has planned to connect the entire country through roads and the project is on the verge of getting finalized. As far as urban infrastructure development is concerned, there has been a tremendous development within last couple of years.

According to the latest report released by World Bank, Indian economy is growing by 7%, which has surpassed China, one of the global leaders. The infrastructure sector has contributed immensely towards this economic development of India.