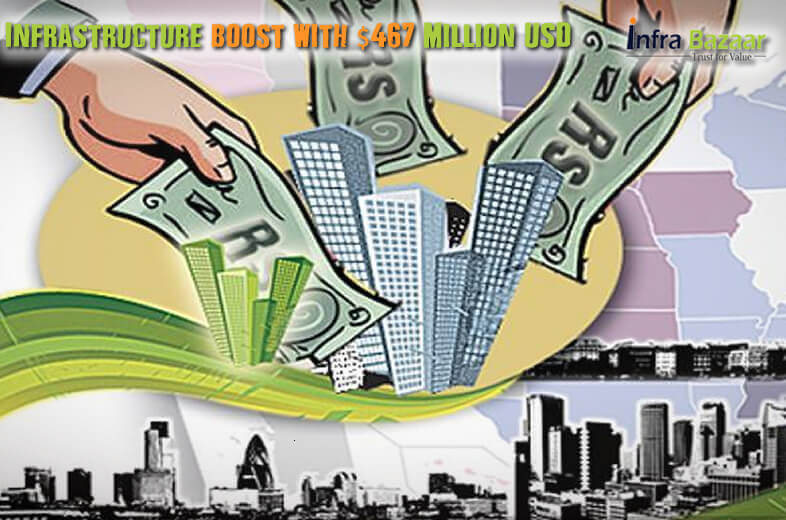 Investment of Rs 3120 Crore for boosting urban infrastructure in 102 cities across five states has been approved by Indian Government today. As per the released statement, The Central Urban Development ministry has approved the investment under Atal Mission for Rejuvenation and Urban Transformation (AMRUT).

Investment of Rs 438 cr for Haryana was approved with annual action plan which has 18 AMRUT cities, while 9 AMRUT cities from Chattisgarh with an investment of Rs 573 cr. Besides, 12 cities of Telangana with Rs 416 cr, 9 Cities of Kerala with Rs 588 cr and 54 Atal Mission Cities of West Bengal with Rs 1,105 cr was officially approved as per the statement.

The Apex Committee approved investments in different basic urban infrastructure areas as proposed by respective state governments. Ministry of Urban Development will provide an assistance of Rs 540 cr. With today’s approval, the ministry has cleared the total investment of Rs 11,654 crore in 272 Atal Mission cities for improving infrastructure and ensuring the water and sewerage connections to all households in few cities, enabling water supply as per the norm of 135 liters per capita per day for urban areas.

Currently 50% of urban households are provided with water connections and supply is about 75 lpcd.Availability of sewerage connections is very low. Atal Mission seeks to bridge this shortage.

As per the Haryana government State Annual Action Plan (SAAP) for 2015-16, water supply in 18 mission cities are below the norms, about 43 liters per capita per day (lpcd) in Jind, 88 lpcd in Sonipet and highest in Gurgaon with 130 lpcd.