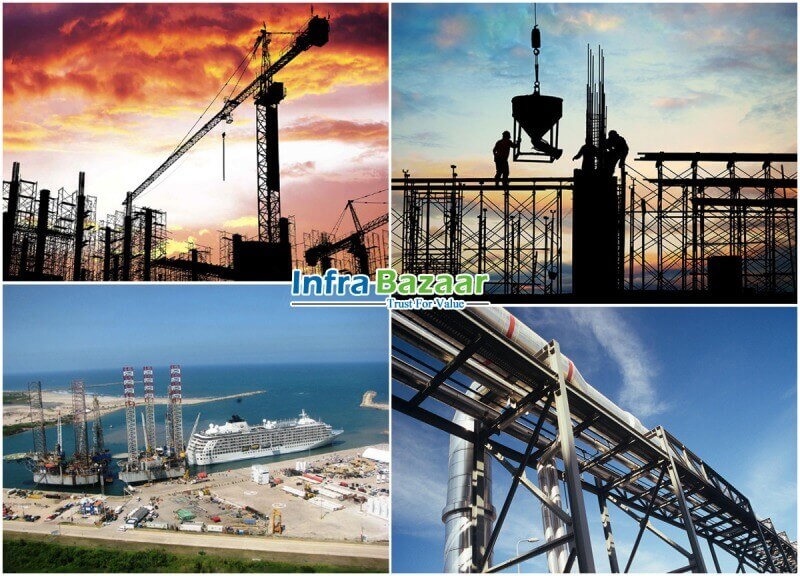 One cannot deny the fact that growth of any country is not possible without proper infrastructure and India is no exception. Being a developing nation, India terribly needs a proper and sturdy infrastructure. With the population of more than 1.25 billion in which about 70% of people live in rural areas and it is very strange that even after sixty seven years of independence still the shape of rural areas has not changed. Despite of all rural development programs, rural India is in a malign state as decisions are based on political needs and commercial angle is given a second thought. The most challenging task is to check the misuse of funds which are meant for the rural growth and rural infrastructure. Infrastructure problem is not limited to the rural area, but it is quite vivid in cities as there are lots of problems in many cities due to lack of infrastructural facilities. Almost making its mark in various fields like space technology, communication, information technology, India still lacks behind in strong infrastructure.

The current condition of roads, railways and industries are alarming and it is very important to take prompt decision. First and foremost Indian railways which play a very important role in national integration as tourists of all caste and creed sit together and travel together forgetting all animosity. Indian railways too suffering from poor infrastructure and shortage of coaches. It is very important to rejuvenate and expands its capacity to serve the emanate needs of the economy. The atrocious infrastructure of India embraces few other predicaments like poor roads without maintenance and scanty number of flyovers and other industrial project which are in stagnant condition due to lack of infrastructure. Many cities are in grave need of new airports. Well things are not so bleak and pessimistic, various flyovers constructed in Delhi has reduced the problem of transportation. The newly renovated Chatrapati Shivaji International Airport is quite wondrous. Few airports projects are in action like Navi Mumbai International Airport, New Pune International Airport and we hope soon it will be constructed. We cannot say that India has done nothing in infrastructure as a lot development took place. Metros for two big cities Chennai and Mumbai are in action and proposed plans for metro rails for cities like Hyderabad, Jaipur, and Gurgaon. New integrated terminal at Kolkata’s Netaji Subhas Chandra Bose airport is a new addition in Kolkata. Double decker express train which is running between Howrah-Dhanbad helped India in joining the league of European countries. Six lane Yamuna expressways which connect greater Noida to Agra in Uttar Pradesh reduce the time of journeys. These are few things which are remarkable steps in making country’s infrastructure strong. This is not the end of the list and there are many more projects which are accomplished to strengthen the infrastructure.

Whatever is achieved is remarkable, but still it is not enough as the infrastructure is not about buildings, railways or highways, still a lot of development is needed in various sphere like sanitation, power and energy, transportation and industrial development. And for this government need to take serious measures and with NDA government led by Narendra Modi announced various project like basic sanitation as they decided to build toilets, bullet trains so that distance can be covered in less time etc. the newly introduced policy by our PM, ‘come, make in India’ providing strong industrial infrastructure and increasing the export stamina of our country. Projects like smart cities are praiseworthy and we hope that government act upon the entire announcement made by them regarding infrastructure growth of our country. In other words, infrastructure does not mean just the development of roads, railway and air traffic or power etc. it will be folly to ignore any single component in both economic and social infrastructure. The development of infrastructure needs involvement of not only the government agencies, but also the private sector, the NGO’s and the heartily involvement of the people at large. Without foundation of necessary infrastructure, how can we think of building an edifice of economic growth? A lot is needed to be done but challenges hovering on the methods we use is troublesome so its important to check are we doing right or we need to change our method. Technology has completed its journey and still moving ahead so it is important for us to be well equipped with technology if we want a sustainable and fast growth in infrastructure. So what are we waiting for, its duty of each one of us to come forward and contribute for india because infrastructure is much more than buildings, roads  and railways and the social infrastructure of maintaining the sanitation depend on us. Government can make plan and act upon it but it is our duty to carry it forward and preserve it because all of us deserve a better, beautiful in an embellish infrastructure. Come forward and develop india.