Infrastructure development in the North Eastern Region of India 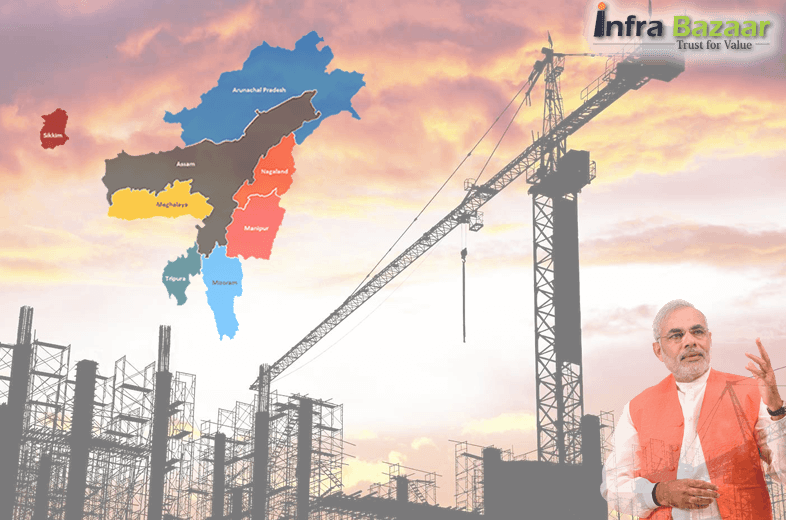 Since its inception the NEC has invested over Rs. 12,756 crore for development across the NER, in different sectors such as transport and communication by building roads, bridges, airports, ports, bus and truck terminus and improving railway connectivity. Developing different industries like tourism, power generation and transmission, irrigation and water management, education and building community infrastructure in sports, medical and health, agriculture are other allied activities that NEC has taken up. The Council has identified a Perspective transport plan for the development of North Eastern Region (NER) which has become the basis for the Special Accelerated Road Development Program for North East (SARDP-NE). They have chartered a comprehensive tourism master plan for NER and conducted a study on air connectivity in NER.

If we consider the physical achievement of the NEC it would include the construction of 10949 km. of road, 11 Inter-State Bus Terminus, 3 Inter-State Truck Terminus in the North Eastern States. The North Eastern Council has also funded around 60 percent of the project costs for up gradation of 12 airports with the help of Airport Authority of India at Guwahati, Silchar, Jorhat, Lengpui, Dimapur, Imphal, Agartala, Dibrugarh, Lilabari, Tezpur, Umroi and Tezu.

The other government initiatives that are underway are 197 km of on-going road development under various programs and schemes of Ministry of Road Transport and Highways (MoR&TH) for the North Eastern States. The total length of these projects is 4320.95 kms and the total sanctioned cost is Rs.37691.05 crores. The major railway projects that are underway are 13 new lines, 2 gauge conversions and 5 doublings with a total aggregate length of 2624 kms at a cost of Rs.52030 crores. To complete these projects and to complete some of the residual projects of earlier completed projects, an outlay of Rs.5040 crore has been provided for the year 2016-17.

Subject to the availability of funds, Ministry of Development of North Eastern Region (DoNER) is also providing funds for meeting gaps in infrastructure. A sum of Rs.4113.31 crore has been released for 608 Roads and Bridges under Non-lapsable Central Pool of Resources (NLCPR) scheme. Under the government scheme a total of 433.4 kms is undertaken for up gradation and construction in NER at a total cost of Rs.1355.83 crore. Under North East Road Sector Development Scheme (NERSDS), four inter-state neglected road projects have been taken up by the Ministry of DoNER for upgradation through National Highway & Infrastructure Development Corporation Limited (NHIDCL).

With times to come all we can hope and aspire that North Eastern Region will shine and out class several smart cities across India.