Infrastructure Development in the North Eastern Region of India 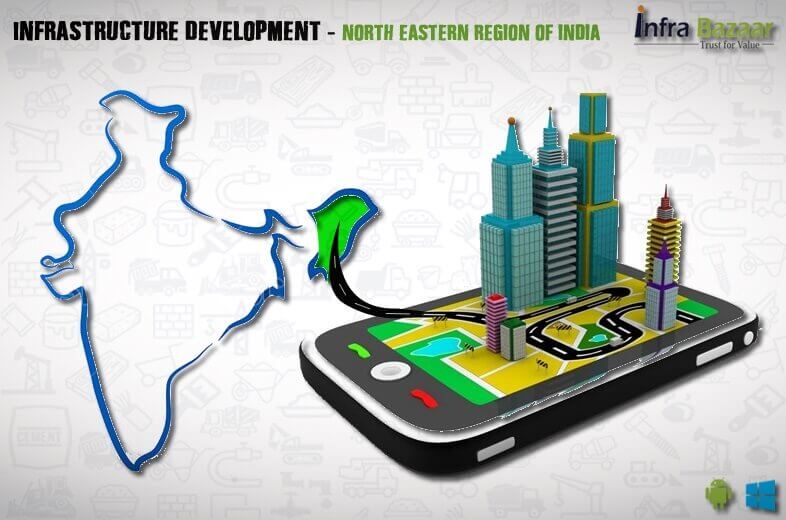 Introduction:- Infrastructure refers to basic facilities and services which help the development and operation of the economy sectors, the services which are included in the functions of economy are typically characteristics such as bridges, roads, tunnels, water supply, electrical girds etc. These systems are considered to be essential for enabling the productivity in economy. Developing Infrastructure is often requires the large initial investment, but the economics of scale to be significant.

The Indian north - east divisions are created for focusing on the infrastructure development and security issues relating to north eastern region.

The Indian north – east division holds an important strategic position point of view as these states share their borders with other countries like Bangladesh, Bhutan, Myanmar and China. Despite of sharing a border with all these countries, but the share of the region in this trade is only 1 or 2 percent.  The sate of Socio economic development and historical factors such as languages and tribal rivalry control over local resources.

The India’s north – east frontier said that the trade between India and its neighbor’s countries like Nepal, Bhutan, Bangladesh and Myanmar was Rs 80,303 crore which could grow at an annual growth rate of 20%. The Indian north east could be a Hub of Industrial activity with its proximity of internal borders as it would be cost efficient.

Conclusion:- The India’s economic infrastructure has been developing and updating from the past four years. In upcoming months the India’s economic and social benefits will fulfill of time, after independence the first three decades are very impressive social development and significant public expenditure on education, nutrition and health. The India can reach decelerate expenditure on economic infrastructure in time. In future more funds can towards the development of social infrastructure, social welfare and education.