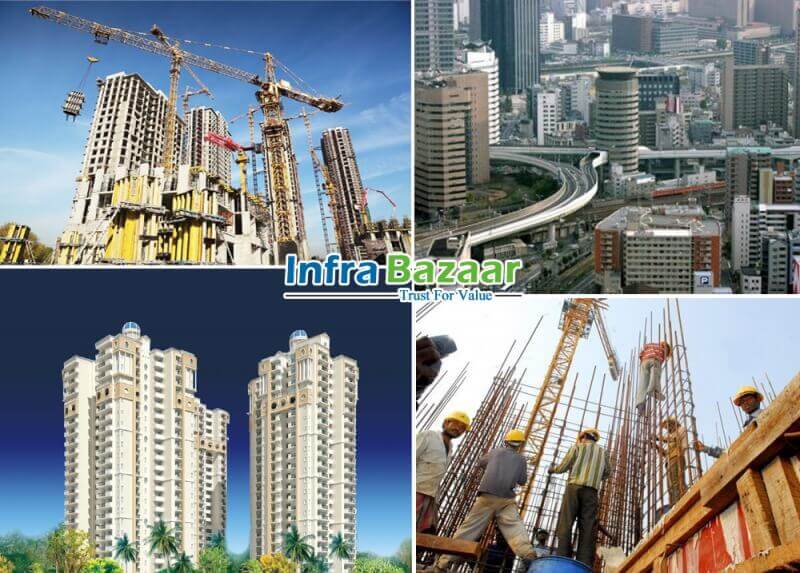 India's planning commission has projected an investment of US $1trillion for the infrastructure sector during the 12th Five - Year Plan (2012-17). India has focused heavily on the sector since the turn of the century, and the sector has contributed to the country’s current reputation as one of the fastest growing economies in the world. Foreign investment has helped the sector grow in this duration, with domestic players in the industry also making their mark abroad - for instance, GMR Infrastructure bagged a contract to upgrade the Philippines’ Mactan-Cebu International Airport.

The Indian government too has played a significant role in the sector’s growth. It recently allowed 100 per cent foreign direct investment (FDI) under the automatic route for port development projects. It also plans to convert some roads into national highways and collaborate with Sudan in the field of renewable energy.

The FDI inflows in construction (infrastructure) activities during the period April 2000 - July 2014 touched Rs 12,953.51 crore (US$ 2.11 billion), as per data released by Department of Industrial Policy and Promotion (DIPP).

Investments: Some key investments and developments in the India’s infrastructure sector in the past few months are as follows:

Piramal Enterprises, in collaboration with Dutch pension fund manager APG Asset Management, will make their first investment in the sector in the coming months. The two companies will invest US$ 1 billion in infrastructure projects in the country over a three-year period. The role of Piramal Enterprises will include sourcing as well as recommending investment targets.

Cairn India has roped in US-based Halliburton Company for a Rs 1,200 crore (US$ 195.23 million) contract to drill 100 wells at the Rajasthan onland block RJ-ON-90/1 over the next year and a half. Halliburton is among the world's largest oil field services companies with operations in over 80 countries.

The UK has outlined three key areas that will give a boost to bilateral relations with India, focusing on infrastructure development, education, research and development (R&D) and foreign policy. Emphasis would be on fostering strong economic bonds for job growth and supporting exports from the UK to India, as per Mr William Hague, (former) Foreign Secretary, UK.

France plans to give a €1-billion credit line to India to fund sustainable infrastructure and urban development. This was announced by Mr Laurent Fabius, Minister of Foreign Affairs and International Development, France. The credit line will be available over three years and will be provided through the French Development Agency (AFD).

India and China formalized an agreement to take forward the establishment of China-dedicated industrial clusters in India, with the objective to enhance Chinese investment in infrastructure and manufacturing. The agreement was signed during India’s Vice-President, Mr Hamid Ansari’s visit to Beijing. As of now, the Memorandum of Agreement (MoU) is ‘an enabling framework’ rather than a concrete agreement, according to officials.

Fosroc, an international company dealing in construction solutions space, is establishing its fourth plant in West Bengal, to add to its three other Indian plants in Karnataka, Uttarakhand and Gujarat. The new unit would not only see to eastern and north eastern Indian markets, but Bhutan and Bangladesh as well, as per Fosroc management.

Punj Lloyd has received a ‘Letter of Award’ for the construction of a 42 km, 2x3 lane dual carriageway project between Doraigh and Noubat Dokaim from the Ministry of Public Works and Highways, Yemen. The project is valued at Rs 1,270 crore (US$ 206.64 million).

Government Initiatives: Some of the Indian government’s initiatives in the infrastructure sector are summarised below:

The Union Ministry of Urban Development has asked states to offer their recommendations on areas of the country that can be turned into smart cities. The states have been asked for their inputs and the list of new cities would be finalised by end of August 2014, as per Mr Shankar Aggarwal, Secretary of the Ministry.

India and Singapore have asked their negotiators working on the Comprehensive Economic Partnership Agreement (CEPA) to have the review completed at the earliest. This was agreed to at a meeting between Mr K Shanmugam, Foreign and Law Minister, Singapore and Ms Sushma Swaraj, External Affairs Minister, Government of India.

The government has facilitated 100 per cent FDI under the automatic route for port development projects. A 10-year tax holiday has been allowed to enterprises engaged in the business of developing, maintaining and operating ports, inland waterways and inland ports.

India and Sudan have good potential for enhancing cooperation in promoting renewable energy, as per Dr Farooq Abdullah, Union Minister of New and Renewable Energy, Government of India. The Minister has also offered Indian assistance to develop renewable energy resources in Sudan.

Road Ahead: India's rate of urbanization is high. Add to that a burgeoning middle class and the need for sound infrastructure becomes paramount. In 2011, three were about 377 million people living in cities; that figure could touch 590 million people by 2030 and have a direct bearing on 70 per cent of the country’s gross domestic product (GDP), according to a McKinsey report. Research from the Economist Intelligence Unit deems that infrastructure spending and the growth of India’s lower middle class will lift GDP over the coming years, and achieve 4.5 percent in 2014 and 5.7 percent by 2017.