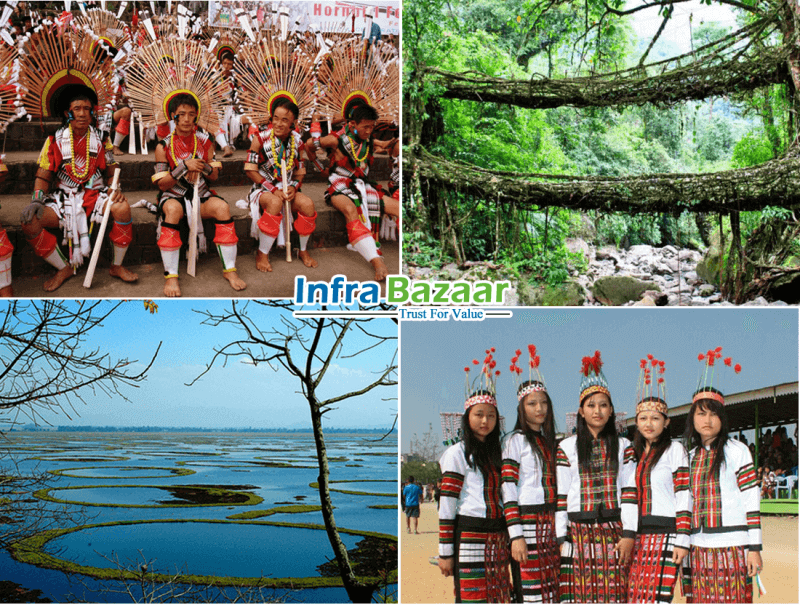 The Northeastern states of India will finally see infrastructure development before the dawn of 2015 after having being neglected ever since the Independence by respective ruling governments.  A talk between Prime Minister Modi and Japanese Prime Minister Shinzo Abe in September 2014 has brought this good news, both for Indian citizen living in the region along with infrastructure corporations.

A team of Japanese experts will be arriving in the last week of January to conduct survey in the Northeastern states of Meghalaya, Nagaland, Manipur and Mizoram. Multiple projects will kick start before the end of this year as per Japanese chief representative Sinya Ejima of Japan International Corporation Agency (JICA).  Reconstruction of roads and bridges will be of paramount importance. The Prime Minister had emphasized during the talks for Japan’s cooperation for enhanced connectivity and development in the Northeast India by linking them with other economic corridors of the nation and Southeast Asia.

Japan has pledged US $ 100 million for reconstruction of roads and improve infrastructure in the hilly region. JICA has been actively providing technical cooperation and other forms of aid to promote economic and social development in India. JICA is currently providing assistance in Delhi Metro Project’s third phase, Delhi-Mumbai Industrial Corridor (DMIC), Chennai – Bengaluru Industrial Corridor (CBIC).

JICA also has a strong presence in Delhi, Uttar Pradesh, Rajasthan, Punjab, Odisha, West Bengal, Tamilnadu, Andhra Pradesh, Kerala, Karnataka and Goa, where they are associated with multiple projects related to sewerage and water supply with a loan commitment of Rs. 28, 660 crore. Sinya Ejima reveals that JICA’s assistance and commitment in Indian urban sector including water and transport is to the tune of Rs. 2,40,000 crore.

Japan’s expertise will play a huge part in reforming the Northeastern region with great precision. This recent development will bring a lot of cheer from the people of the Northeastern states.