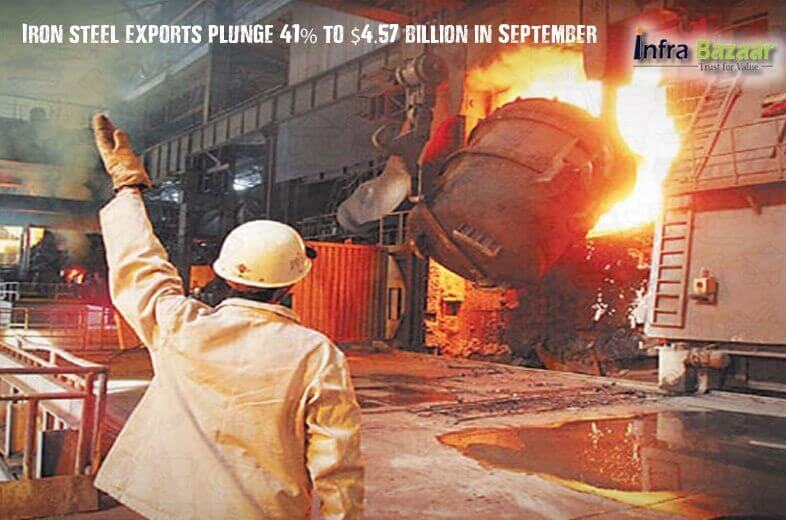 Iron and steel exports drop by 41% to $4.57 billion in the September month against $7.69 billion a year ago, hit by a downcast economic sentiment mainly in the commodities market.

Engineering Export Promotion Council of India Chairman Anupam Shah said; this year fall in iron and steel is more than cumulative decline during April-September period against the comparable months of 2014.

About 40% drop in India’s exports of primary iron and steel has come about on the back of a massive fall in consignment to the US, Italy, UAE, Nepal and Bangladesh among others in September this year.

However, some support was provided by China, Iran and Belgium for the month even as the delay in these exports has dealt a severe drive to the country’s total engineering exports, it added.

Steel and Iron along with non- ferrous metals form a major component of the total exports from the engineering sector.

Shah has said fall is seen more in value terms because steel prices has dropped in the overseas, while the volume is also under pressure due to subdued sentiment in the entire commodity space.

Engineering exports which supply maximum to the country's export vat and are dominated by the small and medium enterprises generating large employment are in deep crisis, he ruled.

The big sudden drop came about as shipments to the US dropped by 77% to $19.81 million in September from $84.86 million in same month of last year.