Ivanka Trump arrived in Hyderabad ahead of GES 2017 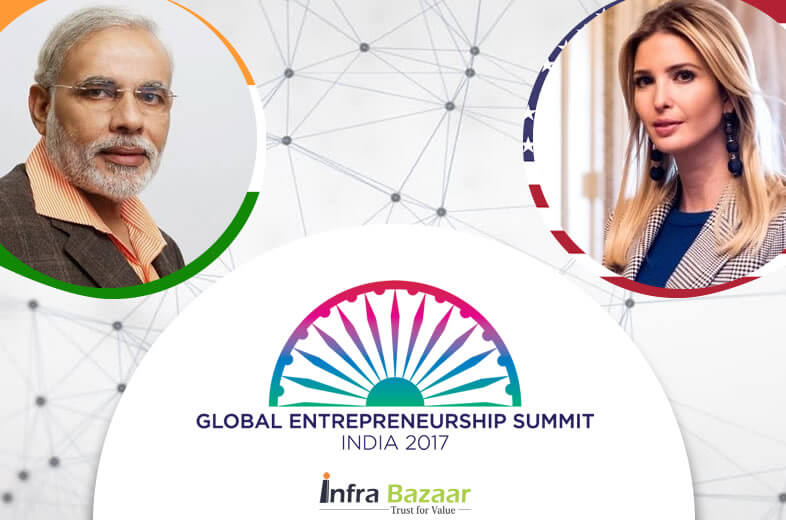 Ivanka Trump, the daughter of US President Donald Trump and his advisor, arrived in Hyderabad for a three-day summit will also be attended by PM Narendra Modi. Ms. Trump, Prime Minister Narendra Modi, and Telangana Chief Minister K. Chandrasekhar Rao will address the annual summit which is happening for the first time in South Asia.

This is Ivanka Trump's first big visit on the international stage and as President Trump's most trusted advisor.  The theme for the three-day GES 2017summit is "Women First, Prosperity for All", tweeted PM Modi. ," A number of leading female voices will speak at various sessions, breakout times, master classes, and workshops, including tennis star Sania Mirza, CEO of Afghan Citadel Software Company Roya Mahboob and Google's Vice President of Next Billion Users Diana Louise Patricia Layfield to name a few.

Ivanka Trump's 350-member delegation includes a large number of Indian-Americans and top administration officials. The summit will be attended by 1,500 young entrepreneurs, mostly women. The inaugural session will be addressed by her along with PM Modi. She is also scheduled to speak at tomorrow at another session and be part of a discussion on increasing women in the workforce through skills training, education, and mentorship. Primarily there will be a discussion on what works and what more can be done to open doors for women at the workplace, empower them, develop and training them.

There is a dinner scheduled later in the evening at Hyderabad's Falaknuma Palace hosted by the Prime Minister. Spread over 32 acres, Falaknuma Palace was built by Nawab Vikar-ul-Umra, prime minister of Hyderabad means "Like the Sky" or "Mirror of the Sky" in Urdu is lit up magnificently for this spectacular event. Since November 2010 it is under the management of Taj Hotels.

During her visit, Ms. Trump is expected to visit the old city as well as the iconic symbol of Hyderabad, The Charminar. She is also likely to shop at Laad Bazaar or Choodi Bazaar, which is famous for its bangles, semi-precious stones, pearls, jewels, and silverware.

Vehicular movement is restricted in Hyderabad to make for smooth movement for the summit. The city has been turned into a fortress and the police have announced several other restrictions forcing offices and schools to partially shut down. More than 10,000 security personnel have been deployed as part of the security arrangement overviewed by the US Secret Service and the Special Protection Group.

Key influencers, who support, promote and fund women entrepreneurs will be brought together for the closing session of GES. Panelists will share efforts to advance women in leadership positions and ensure that women have "seats at the table" while breaking down the barriers that disproportionately affect women's ability to start and grow businesses.


#vanka Trump #the daughter of US President Donald Trump and his advisor #arrived in Hyderabad for a three-day summit will also be attended by PM Narendra Modi. Ms. Trump #Prime Minister Narendra Modi #and Telangana Chief Minister K. Chandrasekhar Rao will address the annual summit which is happening for the first time in South Asia.