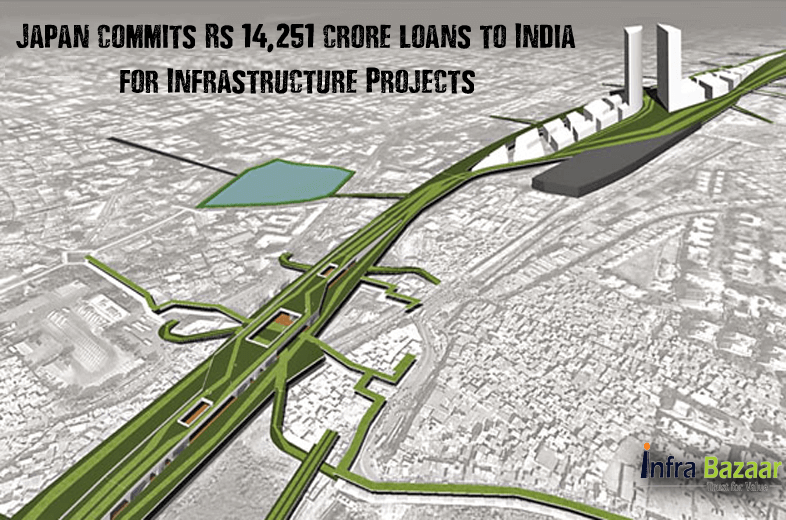 NEW DELHI: Japan decided yesterday to give loans worth “242.2 billion Japanese yen” (about Rs 14,251 crore) for the upcoming 5 infrastructure development projects in India, including the Devoted Freight Corridor Project.

1. Transmission System Strengthening Project which is yet to be start in Madhya Pradesh (JPY 15.45 billion or Rs 914 crore).

All the notes were exchanged between “S. Selvakumar, Joint Secretary, Department of Economic Affairs, Government of India and Kenji Hiramatsu, Ambassador of Japan to India,” a finance ministry statement said.

Japan has decided a total of JPY 390 billion in the current financial year, ended yesterday, which is the highest amount decided in a year, it said.

India and Japan are having mutually beneficial economic development cooperation since 1958.

"In the most recent years, the economic cooperation between India and Japan has reinforced and developed into vital association. With general political accord and prominent backing for the more noteworthy participation between Indian and Japan the organization is balanced for an awesome future," it said.