Melbourne The Worlds Best City To Live In 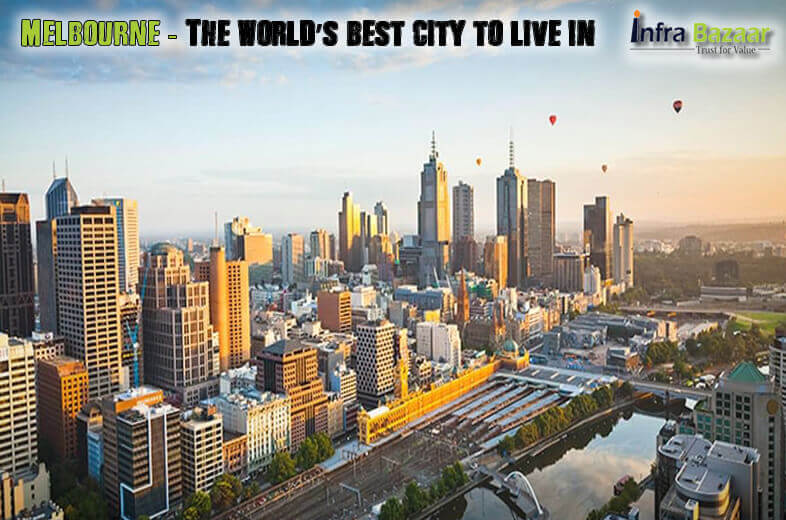 Melbourne is the capital and most populous city in the Australian state of Victoria and second large populous city in Australia and Oceania. The name “Melbourne” refers to area of urban collection, about 9,900 km2 (3,800 sq mi) according to 2014 report the population of the Melbourne was 4,442,918.

Melbourne has been named as the world’s most livable city continuously fifth year in a row out of 140 cities worldwide. Melbourne has achieved perfect score on the Economist Intelligence Units (EIU). This Survey rated 140 cities in the areas of health care, stability, education, infrastructure, culture and environment and infrastructure. Melbourne is only the city which has again achieved a score around 97.5 just 2.5 points away from an inhibited of perfection. Adelaide stands at 5th position with an overall rating of 96.6 as per Economist Intelligence Units (EIU).

According to the Metropolis Magazine, Melbourne has one of the world’s best and smart infrastructures and is rated as the best city to live in. The list was gathered by Metropolis and a panel of judges, which included architects, designers and city planners. The comparison was drawn among the world’s major cities and how they live, work and play. Toronto, Tokyo, and Helsinki were ranked top two to four complied by the judges as most livable city.

Melbourne's complex road and rail transport networks are the best in the country. People and goods are efficiently transported in and out and around the country. This feat is possible due to the large air and seaports in Australia. Melbourne is the only city which received a perfect score of 100 in infrastructure in the year 2014 as per Economist Intelligence Unit liveablitly report. With better connectivity they have great quality of life.

The Victorian Government has committed to upgrade the following transport infrastructure projects into world class transport system having economic potential.

The Victorian Government has committed to removing about 50 of Melbourne’s level crossing in next eight years. At present there are about 180 level crossings all this controlled by boom gates.

Improving the Melbourne and regional roads to monitor and control traffic.

The City of Melbourne is planning for the city’s future growth through a number of strategies and projects.

In addition to the City of Melbourne’s work, there are a number of significant planning and infrastructure projects which are being led by state and federal government, public sector agencies and / or private enterprise. While they are not Melbourne City owned projects but they are significant parts of the planning and development of the municipality.

Given the significance of some of these projects to the municipality, City of Melbourne, as a key stakeholder, engages actively with project owners on behalf of the community.