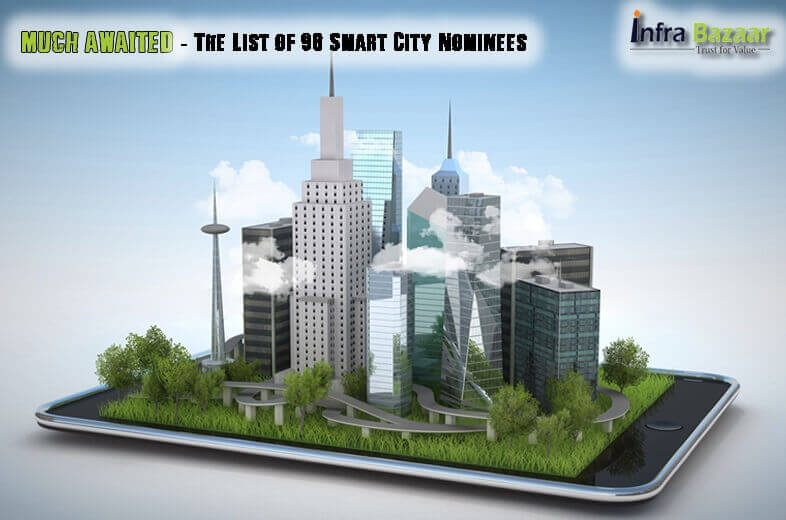 Minister of Urban Development, Shri M. Venkaiah Naidu announced the list of 98 Smart City nominees on Thursday. This has been the urban development ministry's flagship program where they wanted to create centers of investment for private capital. The agenda was “Urban Areas – to become High Growth Centers”.

In the Union Budget of 2014-15, Finance Minister Mr Arun Jaitely in his Budget speech announced that a sum of Rs. 70 billion (around $1.2 billion) will be provided to fulfill PM’s vision of developing “one hundred Smart Cities”. The main idea was to create industrial corridors connecting to the metropolitan cities.

PM's vision to create advanced cities that benefit from the latest technology has finally begun to take shape. Ministry had earlier asked the state governments to give a plan and outline the places which they want to develop as a Smart City; basis the outline finally a blue print was unveiled. What is driving the Smart City agenda is the need for foreign capital to enter into new territories in the developing world by avoiding some of the regulatory hurdles it otherwise faces. To ease the entry of large foreign investments into such projects, the government provides for a single-window clearance system. With an aim to achieve inclusive growth many national and international investors are participating in it. The idea will promote integrated city planning.

Under the program 98 cities has been nominated and each city will be given an assistance of 100 Crore per year.  Of the 98 cities nominated that will graduate into smart cities, 24 are capital cities, another 24 are business and industrial centers, 18 are culture and tourism centers, five are port cities and three are education and health care centers.