Mumbai Metro to GO GREEN in an Eco-Friendly way 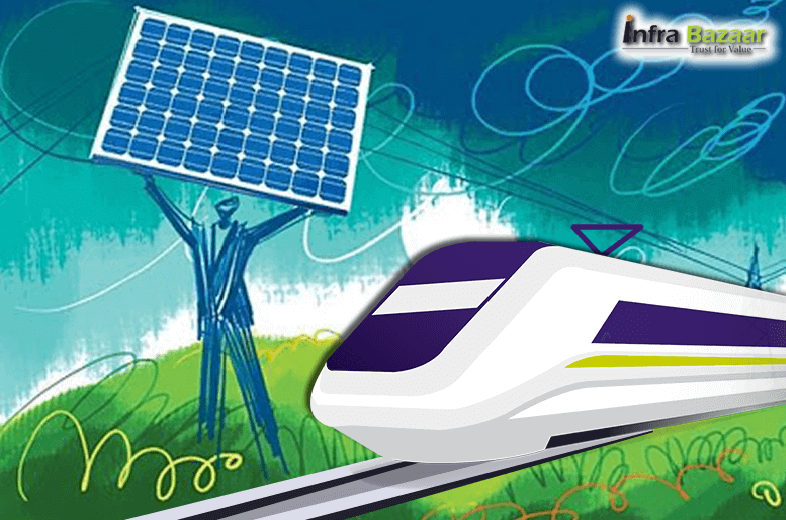 Mumbai: As a part of Mumbai Metro 2nd anniversary celebrations, Mumbai Metro One wants to announce Mumbai Metro to “Go Green”, by mobilizing solar energy, replacing by LED lights and enabling other measures, an official said in Mumbai yesterday (June 7, 2016).

Mumbai Metro One Pvt Ltd. (MMOPL) will utilize the solar energy for meeting a part of its running needs by replacing LED (light emitting diode) in all of the metro stations, its depots and central building which are located in Mumbai, as stated by its major stake holders Reliance Infrastructure Ltd. The idea behind it is to reduce electricity consumption and to increase the utilization of solar energy.

Solar panels will be installed on the Rooftop of four locations on the MMOPL's depot and will be installed in all the 12 stations of the first metro railway from the eastern and the western suburbs.  The initiative of the Mumbai Metro One Pvt Ltd. is going to kick start a campaign “Go Green Go Clean” on the 2nd anniversary i.e., today (June 8, 2016) along 11.40 km long line. The total integrated solar power generating system will have an installing capacity of 2.3MW, of which 2MW power will be produced from the rooftop solar panel installations at the metro stations and remaining 0.3MW power will be generated from the solar panels set up at the depot. The electricity which is generated from the solar panels will make use of non-traction usage in activities like lighting, air-conditioning and maintenance of the metro stations.

Mumbai’s Metro supports the 6.9MW electricity for non-traction use as of now. Actually 30% of the electricity will be produced by the solar power generated system when the entire system is up. The duration for the solar power generated by the system will take about 6 months, said that one of the spokesperson. Also another official said that “MMOPL is already an eco-friendly mode of transportation and it is providing the cleanest and the safest ride to the public, it is a responsible and conscientious mass rapid transport (MRT) utility system. It is our endeavor to reduce the carbon footprint as far as possible. Our initiative is to harness solar power for meeting a part of our electricity requirement and to reinforce our commitment to the green cause.”

If solar energy is utilized across India instead of hydro-electricity or thermal electricity it will be a major step forward towards providing cleaner and greener energy. India will be the first country to take a major leap in safeguarding our environment. Efforts are being made to supply solar energy at cheaper cost across all cities and villages for various purposes like home, office or agricultural needs.