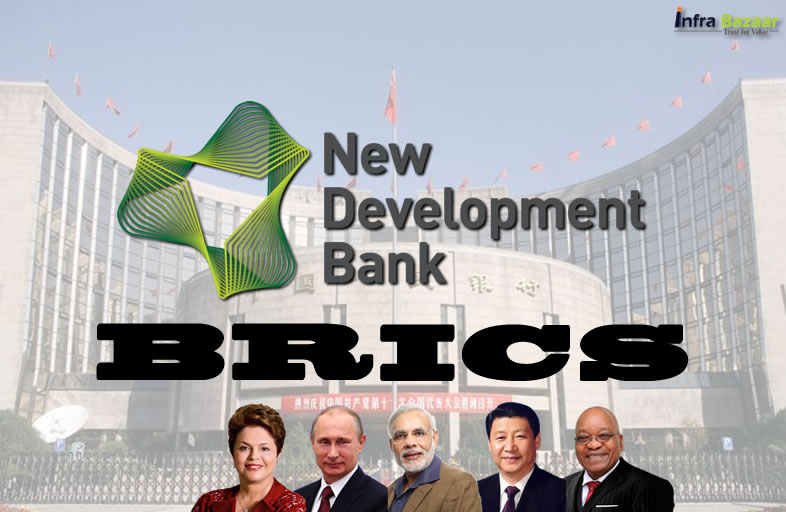 According to the Agreement on the NDB, "the Bank shall support public or private projects through loans, guarantees, equity participation and other financial instruments." Moreover, the NDB "shall cooperate with international organizations and other financial entities, and provide technical assistance for projects to be supported by the Bank.

AS per NDB the current financing and investment patterns are inadequate to meet the investment needs. They claim the private international capital flows are volatile and are insufficient to fund sustainable development, which typically requires long-term investment. They say Multilateral Development Banks (MDB) can play a pivotal role in meeting these requirements. With a requirement of over USD 1 trillion a year for infrastructure development the annual resource commitment from MDBs has gone up from USD 45 billion to over USD 100 billion over a 10 year period, however, it is still insufficient. Hence the need for MDB’s is to reinvent themselves and introduce innovative instruments.

At the 4th BRICS summit held in 2012 at Delhi, the idea for setting up the bank was proposed by India. According to Devex (A global media community), the name of the bank is believed to have been proposed by Prime Minister Narendra Modi. The bank is headquartered in Shanghai, China and the first regional office of the NDB will be opening soon in Johannesburg, South Africa.

The bank is headquartered in Shanghai, China. The first regional office of the NDB will be opened in Johannesburg, South Africa.

The 6th BRICS summit held in Fortaleza, Brazil witnessed the BRICS states signing the Agreement on the New Development Bank. A reserve currency pool worth $100 bln was set up by the BRICS nations. Documents on co-operation between BRICS export credit agencies and an agreement of cooperation on innovation were also signed.

BRICS Nations will initially contribute $10 bln each to bring the total to $50 bln. Each member cannot increase its share of capital without all other four members agreeing. The bank will allow new members to join but the BRICS capital share cannot fall below 55%.

On 14th April at Washington D.C, USA, the NDB has announced its first investments. They have approved its first set of loans involving financial assistance of $811 million, to be disbursed in tranches, supporting 2,370 MW of renewable energy capacity.

The first batch includes four projects, one each in Brazil, India, China and South Africa.

Today on 22nd Nov 2016 NDB has announced to help finance two projects in China, India worth about $650 mln. “With the approval of the two new projects, the total approvals for the first full year of the Bank’s operations now stands at seven projects involving financial assistance of over $1.5 billion,” said K.V. Kamath, the president of the bank.

With the aim of sustainable development across the BRICS nations the New Development Bank it will assess, understand, collaborate and innovate. The objective is to establish global, regional and local partnership with the new as well as established MDBs and with market participations.