OIL DROPS BELOW $50 PER BARREL 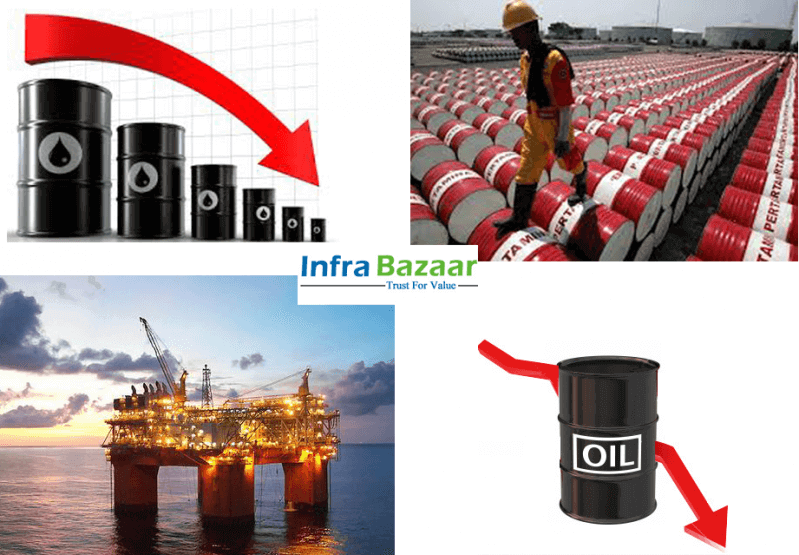 For the first time since May 2009, Brent crude oil dropped below $50 mark yesterday to $49.92 per barrel. Major oil producing countries are feeling the pinch ever since OPEC (Organization of the Petroleum Exporting Countries) decided to roll over the output quotas of individual members unchanged at the OPEC Summit Meeting in November 2014, the crude oil price started to decline drastically. Slow global growth, destruction in countries embroiled in various wars and increased supply of oil and gas has resulted in this slump at international level.

Developing countries, who import are benefitting while oil exporting countries are suffering huge losses. Many industry experts strongly feel that the price will drop further to $40 per barrel in coming weeks. Experts have expressed that the slump will continue for another year or two before it can climb up to $80 mark.  This is not the first time such a thing has happened. It had happened from 1997 and 1999 when the Thai government’s decision on 30th June 1997 to stop defending its currency snowballed into the full-blown Asian financial crisis. July and December 2008 saw the prices falling from a high $145 to $35 barrel. It happened because prices had run up to an unsustainable level and Investment Bank Lehman Brothers went belly-up in September and banks stopped lending.

This time though, OPEC had sternly made it very clear all through 2014 that it will not play its traditional role, and it can withstand any price pressure with its lower cost reserve base it had. They (OPEC and Saudi Arabia) knew very well that US producers cannot cartelize and buck competitive forces. OPEC statements were deliberate to alert the market well in advance of their attitudinal stance. One may say that a well-laid-plan was in place for the ‘BIG Gamble’ by OPEC and Saudi Arabia. International Energy Agency (IEA) has also played a crucial role along with the big two (OPEC & Saudi Arabia) to allow the free fall. Because IEA had predicted that oil demand would rise by 1.4 million barrels per day in 2014, but the demand for the year 2013 increased only by 7,00,000 barrels per day.

US tight oil producer (SHALE) exceeded production expectations by 1 million barrels per day. US oil production is likely to stagnate sooner than expected, and with faster growth in the US, China and India – the current price trend will reverse to benefit OPEC and Saudi Arabia.  As a matter of fact, Saudi King Abdullah is dealing the challenge with a firm will and is showing no sign at all to cut supplies being the numero uno in the field. The King has further announced discounts for its European and US buyers.

It is good news for India because it has already saved $40 Billion in imports. However, Indian companies who have invested, trading and financial interests in oil producing countries like Venezuela, Russia, Nigeria and the Gulf are in the loss.

The surprising factor is that the Government of India has not extended the benefits of low oil prices to its end users and customers. Every ruling government is quick to increase the fuel prices when the international market price goes up but now that the price has fallen more than 50 percent, there is no sign of any rollback.

(i)        Does it offer acquisition opportunities?

(ii)      At what point and under what circumstances will prices start to climb again?