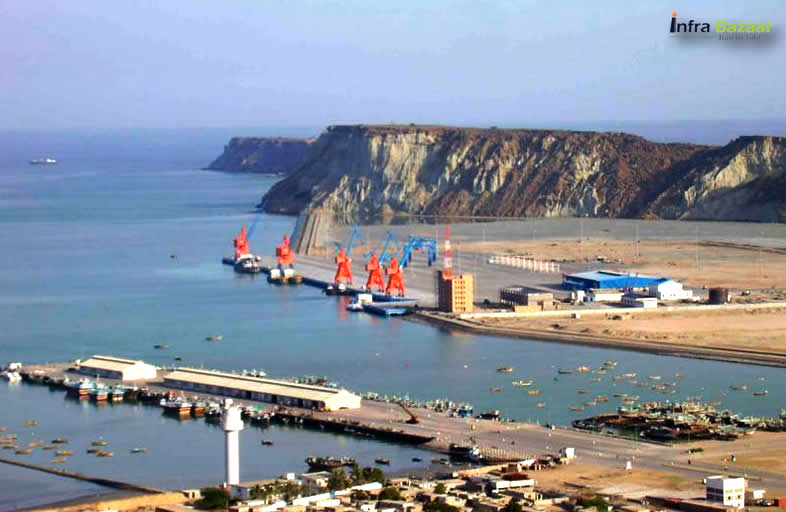 CPEC also known as the China–Pakistan Economic Corridor is an economic corridor which promises to provide trade facilities along an overland route that starts at Kashgar (An oasis city in Xinjiang province in Western China) and ends at Gwadar (A port city on the South-Western coast of Balochistan, Pakistan). It aims to connect these two cities through huge construction projects like network of highways, railways, laying pipelines etc. The cost and expense of various projects under CPEC could be summed up to a mammoth $51 Billion.

The corridor has ambitious plans to rapidly expand and upgrade Pakistani infrastructure, as well as deepen ties and broaden economic tie ups between Pakistan and China. The CPEC project is also a part of China's ambitious One Belt, One Road initiative, which is also included in China's 13th five-year development plan.

The CPEC which terminates at Gwadar port will be of high strategic importance to the Chinese as they can connect with the markets of West Asia, Africa, Europe and America for trade and commerce. Besides its economic importance, it is a strategically located in a vital position in order to militarily dominate the Gulf region as well as the Indian Ocean. Moreover, it provides a much shorter route to the Mediterranean Sea, which lies at the junction of three continents and provides vital access to the Atlantic Ocean. It also provides an option to avoid bottlenecks and concomitant security concerns to their sea lanes throughout South-East Asia and the Indian Ocean. Hence, inauguration of Gwadar port is of high significance to both Pakistan and China as it provides a win-win situation to both.

On Sunday, 13th November 2016, Prime Minister Nawaz Sharif inaugurated the operations of Gwadar port after a major trade convoy that started from Kashgar on October 30, crossed the Pakistan Occupied Kashmir (POK) and reached Gwadar on Saturday, 12th November.  A Chinese commercial ship was then laden with around 250 containers was set off for West Asia and Africa. With the operations coming into effect the revamped Gwadar port, the multi-billion dollar China-Pakistan Economic Corridor (CPEC), linking western China to the Arabian Sea, became a reality.

In his address, Mr. Sharif called the development as a “watershed” moment in the history of Pakistan and the entire region. He called it a symbol of Pakistan’s commitment to China’s ‘One Belt-One Road’ initiative, of which the CPEC is a key port.

“We will leave no stone unturned in ensuring that the CPEC and all the projects under its umbrella are materialized within the given time,” he said.

Mr. Sharif also commented on the ‘One Belt-One Road’ initiative by China and said that it integrates with Pakistan’s Vision 2025 which seeks to transform the country into a hub of trade and commerce.

He said the CPEC would ultimately integrate South Asia, China and Central Asia.

Hence, opening of Gwadar port could be called as a “Watershed Moment” or a master stroke between the two allies China and Pakistan, where a politically and economically unstable Pakistan choose to go with China to take care of its military and economic insecurities.