Power And Energy Sector in India 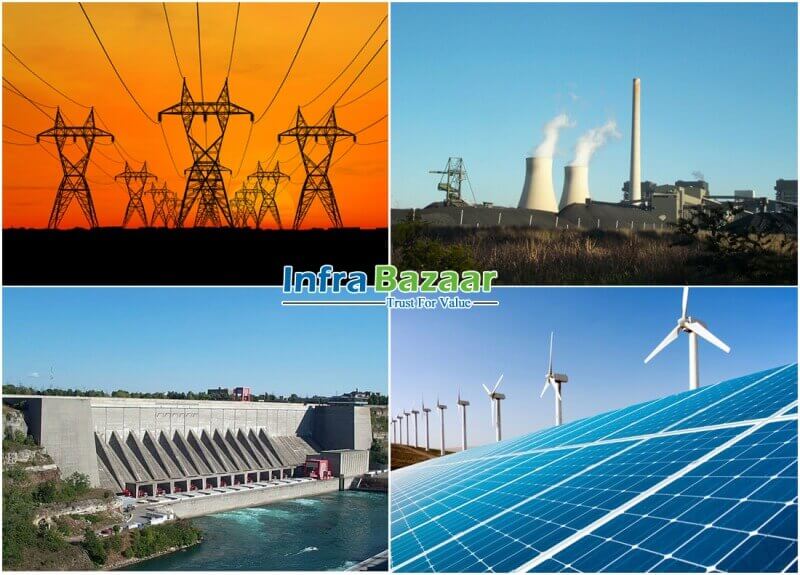 Power or electricity is one of the most critical components of infrastructure, affecting economic growth and well-being of nations. The existence and development of adequate power infrastructure are essential for sustained growth of the Indian economy. With a production of 1,006 terawatt hours (TWh), India is the fifth largest producer and consumer of electricity in the world after US, China, Japan and Russia.

The Indian power sector is one of the most diversified in the world. Sources for power generation range from commercial sources such as coal, lignite, natural gas, oil, the hydro and nuclear power to other viable non-conventional sources such as wind, solar, and agriculture and domestic waste. The demand for electricity in the country has been growing at a rapid rate and is expected to grow further in the years to come. In order to meet the increasing requirement of electricity, massive addition to the installed generating capacity in the country is required.

India now ranks third amongst the coal producing countries in the world. Being the most abundant fossil fuel in India till date, it continues to be one of the most important sources for meeting the domestic energy needs. It accounts for 55% of the country’s total energy supplies. Through a sustained increase in investment, production of coal increased from about 70 MT (million tonnes) (MoC 2005) in the early 1970s to 382 MT in 2004/05. Most of the coal production in India comes from open pit mines contributing to over 81% of the total production while underground mining accounts for rest of the national output (MoC 2005). Despite this increase in production, the existing demand exceeds the supply. India currently faces coal shortage of 23.96 MT. This shortage is likely to be met through imports mainly by steel, power, and cement sector (MoC 2005). India exports insignificant quantity of coal to the neighbouring countries. The traditional buyers of Indian coal are Bangladesh, Bhutan, and Nepal. The development of core infrastructure sectors like power, steel, and cement are dependent on coal. About 75% of the coal in the country is consumed in the power sector (MoC 2005).

Access to affordable and reliable electricity is critical to a country’s growth and prosperity. The country has made significant progress towards the augmentation of its power infrastructure. In absolute terms, the installed power capacity has increased from only 1713 MW (megawatts) as on 31 December 1950 to 118 419 MW as on March 2005 (CEA 2005). The all India gross electricity generation, excluding that from the captive generating plants, was 5107 GWh (gigawatt-hours) in 1950 and increased to 565 102 GWh in 2003/04 (CEA 2005).

Energy requirement increased from 390 BkWh (billion kilowatt-hours) during 1995/96 to 591 BkWh (energy) by the year 2004/05, and peak demand increased from 61 GW (gigawatts) to 88 GW over the same time period. The country experienced energy shortage of 7.3% and peak shortage of 11.7% during 2003/04. Though the growth in electricity consumption over the past decade has been slower than the GDP’s growth, this increase could be due to high growth of the service sector and efficient use of electricity.

Per capita, electricity consumption rose from merely 15.6 kWh (kilowatt-hours) in 1950 to 592 kWh in 2003/04 (CEA 2005). However, it is a matter of concern that per capita consumption of electricity is among the lowest in the world. Moreover, poor quality of power supply and frequent power cuts and shortages impose a heavy burden on India’s fast-growing trade and industry.

India’s consumption of natural gas has risen faster than any other fuel in the recent years. Natural gas demand has been growing at the rate of about 6.5% during the last 10 years. Industries such as power generation, fertilizer, and petrochemical production are shifting towards natural gas. India’s natural gas consumption has been met entirely through domestic production in the past. However, in the last 4/5 years, there has been a huge unmet demand of natural gas in the country, mainly required for the core sectors of the economy. To bridge this gap, apart from encouraging domestic production, the import of LNG (liquefied natural gas) is being considered as one of the possible solutions for India’s expected gas shortages. Several LNG terminals have been planned in the country. Two LNG terminals have already been commissioned: (1) Petronet LNG Terminal of 5 MTPA (million tonnes per annum) at Dahej, and (2) LNG import terminal at Hazira. In addition, an in-principle agreement has been reached with Iran for import of 5 MTPA of LNG.

It is quite apparent that coal will continue to be the predominant form of energy in future. However, imports of petroleum and gas would continue to increase substantially in absolute terms, involving a large energy import bill. There is, therefore, an urgent need to conserve energy and reduce energy requirements by demand-side management and by adopting more efficient technologies in all sectors.