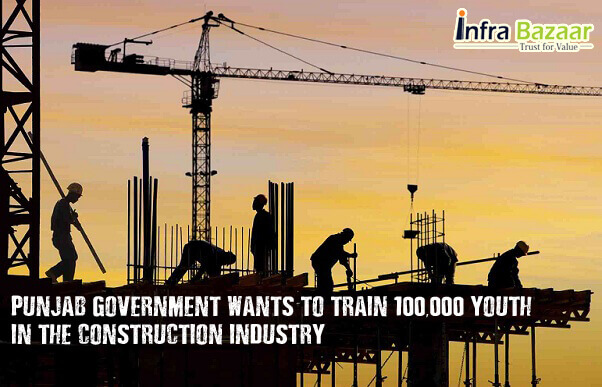 Mohali(Punjab): Punjab Government wants to train around 1,00,000 youth to work in construction industry. That would be helpful for the youth to find the employment in the Gulf and SEA Countries. The Gulf Countries are investing heavily in construction industry. The Burj Khalifa is one such example, like Burj Khalifa there are many buildings in the world, some of those are Malaysian Twin Towers, Kuala-Lampur Towers, One World Trade Center, Willis Towers and so many buildings. Without Heavy Construction Machinery/Heavy Construction Equipment training building such mega structures is very difficult.  Hence, the Punjab Government wants to train the Youth in the Construction field so that they can find easy and suitable employment.

Also the Punjab Technical Education Minister Mr.Madan Mohan Mittal concluded that the youth would receive certification that would be easy to get visa to work not only in Gulf and SEA Countries but also in USA, Australia, Russia and other countries. The Punjab Government is inviting the Corporate Companies to help the youth for skill development and shaping the young minds.

The youth today in India are now looking for new career avenues and construction industry has huge potential generate employment at mass levels. The Punjab Government is enabling youth by giving emphasis on training and skill development. The Punjab Government may also give an opportunity to join the ongoing Government construction projects. This would be the great news for the youth in Punjab and the youth in general.

The Punjab Government also wants to train the youth both men and women for taxi driving with the online taxi giant Uber. Government is also considering issuing certificates to the youth those who have completed the course of taxi driving. That would help the young people to find the employment in Gulf, SEA and other Countries. The certificates issued would also be valid drive heavy duty vehicles especially in the US and Canada.