Research and Development of Indian Railways - An Overview 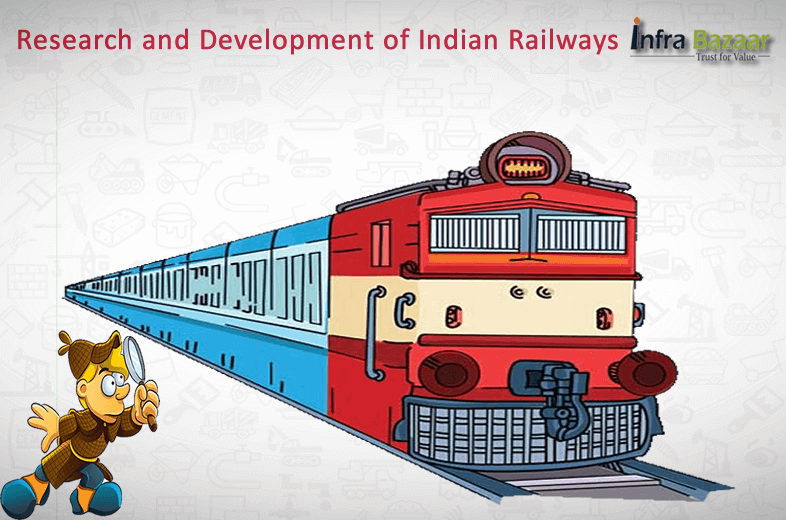 Indian Railways is the nation's premier organization for providing transport service. Ministry of Railways is operating one of the largest railway systems in the world. Its countrywide network of approximately 64460 kms carries over 7651 million passengers per annum and moves 922 million tonnes of freight traffic.

There is another research centre which was set up at IIT Kharagpur based on the MoU signed between the Ministry of Railways, Government of India and Indian Institute of Technology Kharagpur on February 13, 2010, to develop a long-term framework for research collaboration is Centre for Railway Research (CRR). This is the first such research centre set up in an academic institute with direct and full funding by the Indian Railways.

The Railway Research and Development Institute is supported by six or seven Regional Railways institutes, which focuses on research and development of specific requirements to their regions. In RRDI the service conditions is similar to those at CISR and the Director General of the institute should get facilities and rank similar to those at CSIR laboratories/Secretary to the Government of India. The Institute of Director General reports directly to Minister of Railways or to CRB.

Each regional institute recruits about 100 researchers within five years of their establishment. Apart from specific research requirements to their regions, the Regional institutes would mark themselves for any Request for Proposal to move on research area/project.

2. Development of Drivers observation Telemetric Control System, which directly analysis and measures variation in biometric parameters to verify state of alertness of the driver,

Re-designing or modifying specific Electric Lifting Barrier to improve its strength and reliability.

The main aim of the RRDI is to focus on ongoing projects towards better efficiency of the existing route network, modernization and timely completion of ongoing projects. Instead of new trains has been added.